Security to be boosted at Guyana/Venezuela border 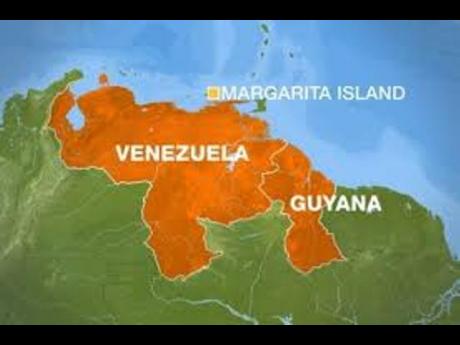 GEORGETOWN, Guyana, CMC – Security will be heightened at the Guyana/Venezuela border in the wake of the discovery of an illegal road that links both countries.

Minister of State Joe Harmon says there has been growing concern from Guyanese in the bordering regions about the number of Venezuelan criminal gangs that are coming over to the Guyana side, especially in the gold mining areas close to the border.

Harmon told reporters that the National Security Committee, which is chaired by the president, has been paying attention to the issues and more active surveillance of border communities will be conducted.

He reminded that Guyana’s border regions are large and the borders themselves are expansive. With regard to the illegal roads, he said because of the large land areas, persons are able to construct roads without being noticed.

“It is a large border and sometimes things happen before you can do something, but I want to give the nation the assurance that at the level of government and the security forces, we are taking some decisive steps”, Harmon said.

He said only the crossings that are identified as immigration points ought to be used.

The Guyana Defence Force is expected to play a bigger role in monitoring and security at the border locations with Guyana and Venezuela.

Last Thursday President David Granger told Guyana Defence Force officers that the Air Corps and Coast Guard of the GDF will be upgraded to allow for continuous surveillance over the country's airspace, maritime space and land-space and to support search-and-rescue services to persons in distress.