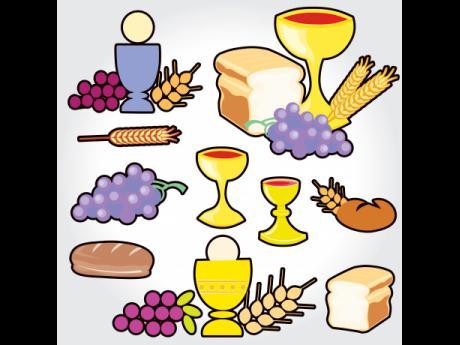 A Colombian church has donated 250,000 wafers to Venezuela's Catholic Church, which has struggled to buy its own because a shortage of flour.

The diocese of the city of Cucuta, which is on the border between the two countries, donated the wafers ahead of Easter celebrations.

The wafer is used to celebrate Holy Communion during Roman Catholic Mass.

In a statement, the Colombian church said the wafers had been handed over on a bridge between the two countries.

Venezuela has been hit hard by an economic crisis and shortages of food and medicine have become common.

This has meant the country's churches have found it difficult to make their own wafers due to a shortage of flour.

In the run-up to Easter, when the wafer is used to celebrate Holy Communion, the Colombian Catholic church said it was its moral duty to help Venezuelans celebrate the festivities.

"It is important to attend to the needs that afflict the faith as a result of this time of border crisis," a statement from the diocese said.

"At this time of the week, the central mysteries of the Christian faith can be celebrated."

Earlier this month, it was reported that some churches in Venezuela had asked people to bring their own flour after supplies had run out.

Some priests have had to "appeal to churchgoers to take flour to the nuns," a local parish priest told Roman Catholic newspaper La Croix.