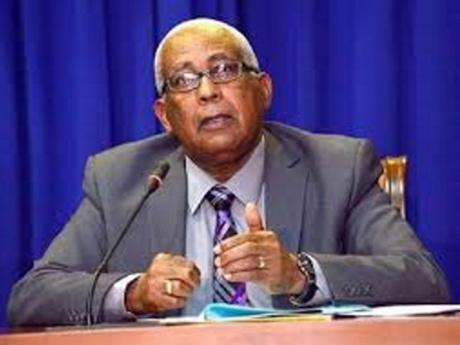 PORT OF SPAIN, Trinidad, May 15, CMC – Education Minister Anthony Garcia Tuesday defended the decision of the University of Trinidad and Tobago (UTT) to send home more than 30 academic staff members, saying that their retrenchment would not affect the operations of the tertiary institution.

Speaking in the Senate, Garcia said that it became necessary to dismiss the lecturers because the UTT is overstaffed.

“The University of Trinidad and Tobago is involved in teaching as well as research so that the computation of individual workloads has to take into account both teaching and research output,".

“After a thorough analysis of the staffing at UTT and the workload of lecturers, those who have been scheduled for termination are surplus to the requirements of the university to provide the same level and quality of service and programmes that currently obtain,” he told legislators.

“Therefore the termination of those persons will have no impact on the institution’s ability to deliver its academic programmes,” he added.

The lecturers were given letters of termination last Friday, as the financially-plagued institution officially began a retrenchment exercise.

In the letter dated May 11 and signed by UTT Vice President Human Resources (Acting) Leah Ramgattie, the lecturers were informed “as you are aware, UTT is undertaking a restructuring exercise. This has resulted in your services as Assistant Professor becoming surplus to the requirements of the university,".

“You will not be required to report for duty during the period of notice. However, your salary and benefits will continue to be paid up to the end of the notice period.”

The letter issued served as a 45-day notice of the termination of their respective employment by reason of redundancy.

In addition, the retrenched workers were expected to receive a severance payment based on the framework outlined in the Retrenchment and Severance Benefits Act.

The employees were given one week from May 11 to collect their personal effects from their respective workspaces and until May 18 to return all university property in their possession.

Earlier this year, media reports said that at least 287 members of staff, including academics, were to be retrenched as the university moved to save at least TT$41.5 million.

On Monday, two of the affected lecturers, Dr Kumar Mahabir and Solomon Ragnathsingh, said they were in talks with their lawyers and union representatives and would be taking legal action if the redundancy letters are not rescinded.