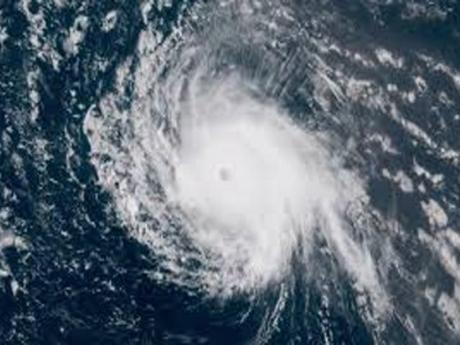 HAMILTON, Bermuda, CMC – Hurricane Florence, the first major storm of the Atlantic season, dropped to a Category 2 storm on Thursday and further weakening is expected later in the day as it continues to head towards Bermuda, forecasters said.

But they said Bermuda could expect swells with life-threatening surf as early as Friday.

At noon local time on Thursday, Florence was packing winds of 105 miles per hour, down from a Category 4 storm on Wednesday when winds reached miles per hour.

The storm was 1,660 miles east-northeast of the northern Leeward Islands and about 1,115 miles east-southeast of Bermuda and moving northwest neat 10 miles per hour, forecasters said.

But, the NHC said that while further weakening is forecast during the next day or two Florence is expected to remain a hurricane and likely re-intensify over the weekend.

The Bermuda Weather Service (BWS) said Florence’s closest point of approach to the island in the next 72 hours will be 544 miles to the east-southeast at noon on Sunday.

The BWS said the storm was not considered a threat to the island at this time, but predicted it would be a Category 3 storm again on Monday.

The Emergency Measures Organisation is monitoring the storm’s track.

“Swells generated by Florence will begin to affect Bermuda on Friday and will reach portions of the US East Coast over the weekend. These swells are likely to cause life-threatening surf and rip current conditions,” the NHC added.

Forecasters are also keeping an eye on two systems behind Florence.