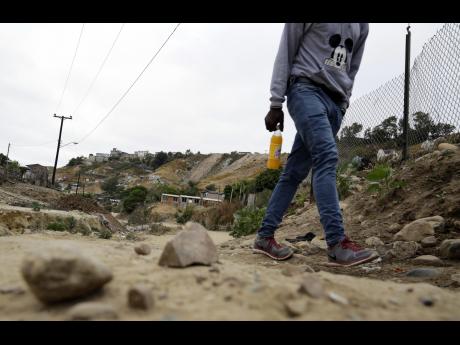 BRIDGETOWN, Barbados, CMC – Barbadian authorities say they have detained two Haitian nationals, who were among 13 people from the French-speaking Caribbean Community (CARICOM) country denied entry into the island last weekend.

Police said that the 13 Haitians arrived last Friday on board Copa Airlines flight 260, but were denied entry into Barbados and held in administrative detention, pending repatriation to Haiti.

But he said they were recaptured yesterday evening.

Haitian officials said while measures were recently announced allowing for Haitian nationals to freely enter Caribbean Community (CARICOM) countries without a visa, they have to prove that they have sufficient financial resources to ensure that could remain in the country for six months “without becoming a burden for the country visited".

“In addition, all CARICOM member states reserve the right to refuse entry to any person whom they consider undesirable on their territory,” they added.

Meanwhile, the Haitian authorities say more than 176 nationals are due to be repatriated from Chile on Wednesday after the country implemented its “Humanitarian Plan for an Orderly Return” plan late last month.

They said the plan is intended for the voluntary return of Haitians living in Chile, who have failed to settle in the country, because they cannot master the language, get used to the climate or find a job.

So far, nearly 1,000 Haitians have registered for a free return to Haiti.

The deputy secretary of the Interior, Rodrigo Ubilla, said the first flight would allow the Chilean government to make adjustments if necessary for the continuation of the repatriation operation.

They said on Wednesday, a plane with 176 Haitians will leave Chile for Port au Prince.

“All are Haitian adults who live in Chile for several months in a situation economic precariousness. Basically, they are not able to finance their return to Haiti because they want to return for personal and family reasons in their home country,” said Ubilla.

To qualify for this programme, Haitians must not have a legal situation in progress and they must sign a notarised declaration in which they undertake not to return to Chile in the next nine years.