CARICOM leaders to meet with UN Secretary General on Venezuela 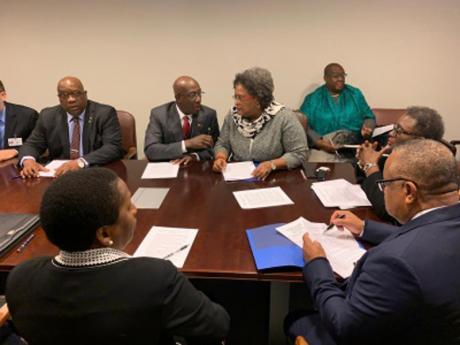 NEW YORK,  CMC – Caribbean Community (CARICOM) leaders are to meet with the United Nations Secretary General Antonio Guterres on Monday to discuss the ongoing political situation in Venezuela where the government of President Nicolas Maduro is under international pressure to step down.

The regional leaders at an emergency meeting last Thursday agreed to request a meeting with the UN Secretary-General which he accepted.

CARICOM countries have called for the non-interference in the internal affairs of Venezuela where the opposition leader Juan Guaido has proclaimed himself as interim president.

He has had the backing of several countries, most notably the United States and Canada.

Prior to their meeting with Guterres, the CARICOM delegation met in New York with senior  Caribbean diplomats and officials.