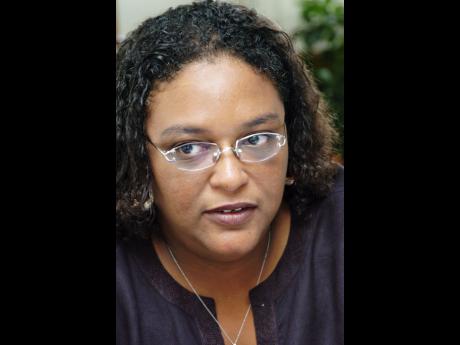 BRIDGETOWN, Barbados, CMC – Opposition Leader Joseph Atherley is warning that crime and violence in Barbados are almost at a crisis level and is calling for urgent interventions to address the situation.

“The moment is urgent; the matter is approaching crisis proportions; the measure of our resolve will determine the Barbados profile of tomorrow,” Atherley said in a statement.

“This statement constitutes a call on Government to establish urgently a national platform for dialogue on crime and violence. We suggest that the effort be led by a special sub-committee of the Cabinet inclusive of the ministries of the Attorney General, Home Affairs, Education and Youth and Community Development,” he added.

The latest killing occurred Wednesday night, when a gunman shot and killed 47-year-old construction worker Lester Holder and injured another person, as he fired gunshots at a group of people.

Atherley said that it was wrong to suggest that the increased cases of violent crime in  Barbados is as a result of the last government’s inability to present more opportunities to young people during its time in office.

The Opposition leader said that there’s a need for a researched-based, proactive, strategic and holistic approach.

“Our national response must better understand the contributing dynamics associated with family life and parenting. The church and other social agencies must be more relevantly engaging our youth and communities,” he said in the statement.

“Our leaders all across the board must offer better modelling of desired conduct and we must deliberately promote long-held Barbadian values and better shield those values from the threat of imported perverted influences.”

Earlier this week, prominent sociologist, Richard Carter, suggested that a mandatory National Youth Service may be the answer to the problems facing young people here.

Carter told the National Strategic Consultation on the Social Response to Crime held on Wednesday that the idea of a National Youth Service, first mooted in 1999, that not much progress had been made on that initiative and he is hoping there would be greater resolve in implementing the programme at this time, given the current circumstances.

“What we are facing is a multidimensional problem which needs a multidimensional response. It will not yield immediate results, medium term at best. It required thinking about the problem at its genesis, that is, at the family and community level,” Carter added.

Meantime, the Opposition leader said that there was need for more investment in a targeted and significantly enhanced school’s guidance counselling programme.

He said the current educational system also needed to be evaluated and he also called for a revamped justice system.

“The positive efforts at penal reform must continue with strong elements of rehabilitation. Our custodial responses must be reviewed to ensure that proper penalties apply, while at the same time avoiding the outcome of creating habitual offenders.

“The justice system must be made to work more efficiently with greater measure of restorative and restitutionary elements incorporated. At the same time, the hand of the judicial sanction must be firm.”

In January, Prime Minister Mia Mottley warned criminals that her administration will take a zero tolerance approach to crime as she announced that members of the Barbados Defence Force (BDF) would be joining the police in a major operation to reduce crime on the island.

She said that the authorities would be moving swiftly to deal with criminal elements in an effort to wrestle the crime situation here which she declared was “nowhere as bad” as in other countries of the region.