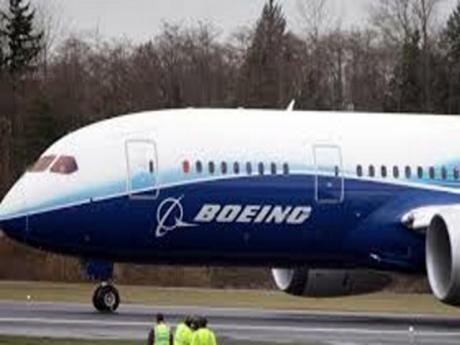 PORT OF SPAIN, Trinidad, CMC – The main opposition United National Congress (UNC) Tuesday urged the Trinidad and Tobago government to “take immediate action to suspend” the intended lease of 12 of the Boeing 737 Max aircraft, which had been involved in two fatal crashes over the past six months.

The latest incident occurred on Sunday when the Ethiopian Airlines Flit 302 crashed soon after take-off killing all 149 passengers and eight member crew.

The digital flight data recorder from Addis Ababa, Ethiopia, to Nairobi, Kenya has since been located.

In a statement, the UNC said it was calling for the Works and Transport Minister, Rohan Sinanan, who has responsibility for the Civil Aviation Authority, “to do as other countries have done and implement a ban on airlines utilising this particular aircraft as a precautionary measure.

“While the UNC understands investigations into the latest fatal crash are still being conducted, it must be noted that several airlines and aviation authorities worldwide have either grounded their Boeing 737 Max 8 fleet or have restricted the aircraft model from entering or exiting their airspace,” the party said.

The European Union Aviation Safety Agency said in a statement that it was suspending operations of all Boeing 737 Max aircraft across Europe.

The state-owned Caribbean Airlines, in an updated statement since the crash on Sunday, said the crash has raised speculative concern regarding the Boeing MAX 8 aircraft.

“The airline industry is one of the most highly regulated industries in the world and there are rigorous processes and regulatory procedures to follow before any aircraft is brought into service.  Caribbean Airlines will incorporate the procedural and training elements necessary to comply with all regulations and instructions before any new aircraft are introduced to its fleet.”

The airline pointed out that it currently “does not have the Boeing MAX 8 aircraft as part of its fleet” and that it uses the Boeing 737-800 Next Generation aircraft.

“Caribbean Airlines stands by its commitment to put the safety of its passengers, crew, and operations,” it said in the statement.