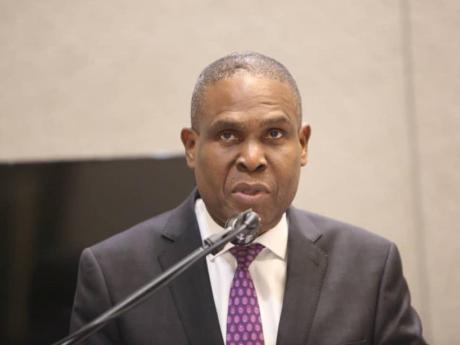 PORT AU PRINCE, Haiti, CMC – Six months after he was sworn into office, the government of Prime Minister Jean-Henry Céant was forced out of office Monday after the Lower Chamber of Deputies voted overwhelming to remove it from office.

The move came as Prime Minister Céant had gone to the Senate for a meeting only to find 13 Senators present.

The Senate, citing the recent arrest of five armed Americans last month and their subsequent release with the help of the State Department, had summoned both Céant and his Justice Minister to its chamber on Monday.

Senate President Carl Murat Cantave tweeted that due to the lack of a quorum, the prime minister’s session is being rescheduled for Wednesday

However, in the Lower Chamber of Deputies, where 104 Deputies were present, they voted by a wide margin to censure the Prime Minister.

The agenda of the session was adopted by 88 deputies, 12 against and 4 abstentions and without the prime minister present.

The Speaker of the Chamber of Deputies announced the continuation of the interpellation.

“The results of the session will be communicated to him,” said Deputy Gary Bodeau.

In the vote to remove the government, 93 lawmakers voted in favour of the motion, six against and three abstained.

A letter will be sent to President Jovenel Moise regarding the appointment of a new prime minister.

“It was illegal. It was unconstitutional,” said Deputy Sinal Betrand, who was among the six who voted against the government’s censure.

Political observers said that in the absence of a quorum in the Senate on Monday morning, Prime Minister Céant could not benefit from a six-month stay by way of a vote of confidence.

Céant later told the Miami Herald newspaper “the decision is illegal and was outside of the constitution. It is unacceptable.”

He said that the justice system needs to shed light.

The Senate is trying to fight Céant’s ouster.

Céant and his 21-member cabinet will remain in office as caretakers until a new prime minister is named by President Moïse.

Under Haitian law, a caretaker prime minister and government can only oversee the country’s day-to-day affairs and cannot enter into any new contracts.

In recent weeks, President Moïse has been under pressure from opposition parties to step down over his handling of domestic affairs as well as the use of funds under the PetroCaribe an oil alliance of many Caribbean states with Venezuela to purchase oil on conditions of preferential payment.