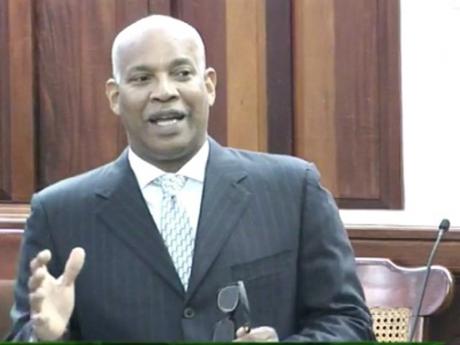 BRIDGETOWN, Barbados, CMC – The Barbados government has announced a weeklong gun amnesty in a move aimed at curbing the rise in gun-related murders in the country.

Attorney General Dale Marshall told Parliament Tuesday that the amnesty will begin on Saturday, warning criminals that the Mia Mottley administration was intent on dealing severely with the situation.

“If you have ammunition and you know you have no lawful reason to have, take it to a police station day or night, no questions asked,” he told legislators as the debate continued on the amendment to the Bail Act.

So far this year, 20 people have been murdered in Barbados and Prime Minister Mottley, in her contribution, urged persons to put down the gun, saying that many people were simply giving in to peer pressure.

She told lawmakers that there seems to be little respect and regard for human life and that once that trigger is pulled there is no turning back.

Home Affairs Minister Edmund Hinkson said that parents and relatives who know that their loved ones are in possession of illegal guns have an obligation to ensure that these weapons are turned over to law enforcement agencies.

“The bullets, the ammunition, whatever, you have 168 hours. We have had gun amnesties in the past that have not been as successful as the police had hoped they would be. Let’s hope that this one is more successful,” Hinkson said, noting that when he held ministerial responsibility for the police, he was continually bombarded with requests for gun licences.

“That is not the answer to the problem. I would like every gun removed from Barbados except those that the police would have and the Barbados Defence Force. I don’t see why somebody should have a gun.

No bail until after two years in custody

Meanwhile, Marshall said anyone facing a murder charge will only be considered for bail after they have spent 24 months in custody.

He said that while the country continues to battle the surge in murders, there are suggestions that the time should be increased to 36 months or in some cases no bail should be granted at all, the state still has to be mindful of the rights of the individual.

“We still have a duty to maintain an orderly society where rights of individuals are balanced. To set a bail restriction of 24 months we think that is reasonable in this case. We know that dealing with the Bail Act this way will not solve all of our problems but I am convinced it will go a long way in bringing some order to our streets.”

According to the amendment to the Bail Act “in any case where a person is charged with murder, treason and high treason or an offence under the Firearms Act which is punishable with imprisonment of ten years or more that such a person shall not be granted bail unless 24 months have passed.”