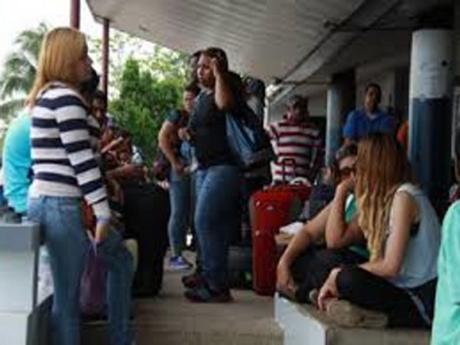 UNICEF said that it anticipates that an estimated 1.1 million children, returnees and people in-transit lacking protection and basic services will cross Latin America and the Caribbean (LAC) in 2019.

“UNICEF is encouraged by governments’ efforts to jointly seek regional solutions to the challenges posed by large scale migration that are in line with international standards and national laws, such as the protocol adopted by Ecuador to protect uprooted children,” said María Cristina Perceval, UNICEF’s Regional LAC Director

However, she added, as the crisis inside Venezuela continues, migrants increase, and essential protection, healthcare and education services in host and transit countries, are suffering additional strain.

The Office of the UN High Commissioner for Refugees (UNHCR) said almost 3.4 million Venezuelans have left the country to seek safety or a better life abroad.

Trinidad and Tobago is the Caribbean Community (CARICOM) country most affected by the influx of undocumented Venezuelans, with the government now seeking to quantify the number of citizens residing in the twin-island republic  amid media reports that the figure could be as high as 40,000.

UNICEF said that while more than 250,000 Venezuelans filed asylum claims last year, many remain in an irregular situation, lacking guarantees to basic rights and exposed to exploitation and abuse.

Trinidad and Tobago Health Minister Terrence Deyalsingh, speaking in Parliament Monday, said that the government has a policy to provide medical services to Venezuelans and other non-nationals.

He said in addition Venezuelans could receive free treatment at the Accident and Emergency health facilities and well as receiving treatment for non-communicable diseases.

UNICEF said that uprooted children and families face challenges in regularising their immigration status, which can impact an array of services, as well as early childhood development.

Perceval said that human rights standards call for states to allow children entry and registration as a precondition for carrying out initial protection assessment procedures.

In addition to providing states with valuable planning and budget information, UNICEF called registering children on the move “the first step in guaranteeing their rights”.

The agency has appealed for US$69.5 million to meet the needs of migrants across the LAC region.