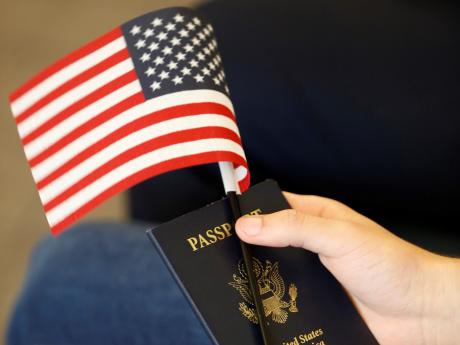 NEW YORK, CMC – The  New York State Office of Court Administration has halted the ability of US federal immigration officials to arrest Caribbean and other immigrants in state courthouses without warrants.

Court officials issued the directive after receiving numerous reports about agents from the US Immigration and Customs Enforcement (ICE)  arresting immigrants after court appearances.

The non-profit organisation, Legal Services NYC, said that a coalition of more than 100 organisations across New York State issued a new report on April 10 measuring the harmful impact of ICE’s increased courthouse arrests on vulnerable immigrants’ ability to access justice, including survivors of domestic and sexual violence, victims of human trafficking, single mothers and immigrant youth.

The report, which surveyed judges, district attorneys, public defenders, elected officials, and legal advocates from across the state, documents “irrefutable evidence of ICE’s devastating impact on New York State courts, including a 90 per cent drop in calls made to immigrant hotlines reporting crimes in certain locations.”

The report also points to a 100 per cent decline in U Visa certification requests from immigrant victims of crime in Manhattan Family Court and significant drops in other boroughs.

In addition, the report states that there’s a rise in ICE-related threats from abusive partners; a rise in victims afraid to testify or seek help from courts; and major ICE-related disruptions to court programs and practices.

The report recommends the Office of Court Administration adopt new rules to protect equal access to justice in New York.

“The data and experiences of court practitioners in this report underscore what advocates have been trumpeting over the last two years — ICE enforcement in our courts is instilling fear in immigrant communities, preventing victims and survivors of abuse from getting the legal help they need to keep themselves and their families safe,” said Terry Lawson, director of the Family and Immigration Unit at Bronx Legal Services, the Bronx office of Legal Services NYC.

“When people cannot access the judiciary, when they cannot pursue or defend their rights, when they must choose to stay home rather than seek access to justice, then a crucial branch of our functioning society is in peril, and it is up to all of us to protect it,” he added. “We must safeguard our courts.”

Mizue Aizeki, acting executive director of the Immigrant Defence Project, another New York-based non-profit organisation, said the different perspectives offered in the report “highlight the havoc that ICE’s practices are wreaking on the court system in New York State.

“Judges, public defenders, district attorneys, anti-violence advocates, elected officials and others have all repeatedly called on ICE to stop courthouse arrests,” he said. “Yet ICE continues to refuse, instead escalating courthouse arrests and spreading its disruptive and harmful tactics throughout New York State.”

“Safe and universal access to the court of law are key to a fair, democratic society and a basic requirement in the vindication of individual rights,” she said in a statement. “ICE’s indiscriminate campaign of courthouse arrests puts all New Yorkers at risk and goes against everything we stand for.”

Legal Services NYC said “The ICE Out of Courts Coalition” compiled the report over the last year after meeting with the New York State Unified Court System’s Office of Court Administration.

Caribbean American New York State Assembly Member Michaelle C. Solages, who represents Nassau County in Long Island, a New York City suburb said “all New Yorkers, regardless of income, race, religion or immigration status deserve the opportunity to engage our courts to advocate for themselves and their interests.

The Immigrant Defence Project said on Friday that it has documented an alarming 1700 percent increase in ICE arrests and attempted arrests across New York State under the Trump administration.

“As leaders of the ICE Out of Courts Coalition, we are coordinating a campaign to get #ICEOutofCourts in New York State,” the group said in a statement.

“Our statewide coalition of anti-violence advocates, public defenders, civil legal services providers, labour unions, and membership organisations have been calling on the New York State government — the Chief Judge, the legislature, and the governor — to stop ICE from targeting immigrant New Yorkers in the courts,” it added.

The Immigrant Defence Project said the new court rule comes after a two-year community campaign by “The ICE Out of Courts Coalition” pushing for court rules and legislation to keep ICE from “laying in wait” for immigrant survivors of violence, witnesses, defendants and family members in and around courthouses across New York.