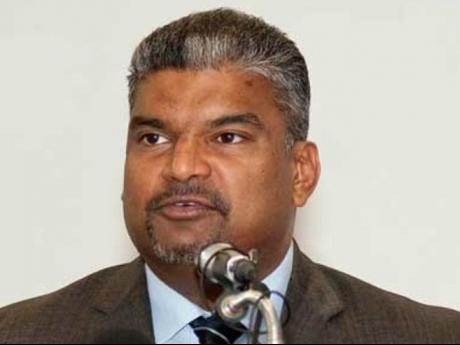 PORT OF SPAIN, Trinidad, CMC – Police were questioning former attorney general Anand Ramlogan after he was detained early Wednesday morning as he was about to board a flight at the Piarco International Airport to the United States en route to the British Virgin islands (BVI).

Police Commissioner Gary Griffith said that while he could not provide details surrounding the arrest of Ramlogan and attorney Gerald Ramdeen, who is also an opposition legislator, he confirmed that the Anti-Corruption Investigation Bureau (ACIB) was “spear­heading investigation.”

The public relations officer of the United National Congress (UNC), Anita Haynes, speaking on radio, said that the party was still in the dark regarding the police action against the two attorneys.

Ramlogan served as attorney general between 2010-15 when the UNC formed the biggest partner in the coalition People’s Partnership government of then Prime Minister Kamla Persad Bissessar, while Ramdeen is a front line member of the UNC in the Senate.

“Everybody has been following the story that broke this morning. We don’t have any details…and I have been trying to hold off on making any comments until we have some details,” Haynes said, noting that she had also not spoken as yet to Persad Bissessar “for the morning” on the matter.

“But I know today Parliament is sitting so she would have been getting organised for that.”

The Trinidad Express newspaper, quoting sources, said that Ramlogan is being questioned in connection with a series of financial transactions involving legal fees during the period that he served as attorney general.

The paper said that Ramdeen, who turned himself over to the police after learning about a warrant for his arrest, will also be questioned in relation to this same matter of the legal fees.

The Trinidad Express reported that legal fees paid by the Ministry of the Attorney General during Ramlogan’s tenure ballooned from an average of TT$30-TT$40 million to an average of TT$1.4 billion.

The paper said that the investigations had received the cooperation of several jurisdictions and that it is the first major arrest arising out of investigations into allegations of corruption under the previous government.

Ramlogan, who was travelling to the BVI to appear in a matter where he is representing the Speaker of the Parliament there, Julian Willock, in a civil matter, had appeared before Chief Magistrate Maria Busby Earle-Caddle, on Tuesday on charges of perverting the course of public justice and misbehaviour in public office.

The charges, filed in 2017, followed a complaint by West that before he was appointed PCA director, Ramlogan had telephoned him asking that he withdraw a witness statement relating to a matter before the courts in exchange for him being selected for the job of PCA director.

The case will resume on July 9 when a trial date will be set.