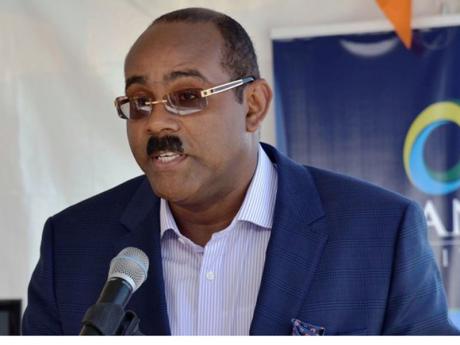 ST JOHN’S, Antigua, CMC – The Antigua and Barbuda government is defending its position regarding the sale of Scotiabank operations even as it announced that all the Canadian banks operating in the country have expressed a desire to leave the island.

Prime Minister Gaston Browne, speaking on his private radio station, told listeners that “the Canadian banks have indicated their desire to leave, all of them, and I would expect that as they leave, that they will give local entities the first right of refusal and again we make no apologies about that”.

Browne did not name the Canadian banks but, apart from Scotiabank, the other Canadian entities operating in Antigua are the Royal Bank of Canada and the Canadian Imperial Bank of Commerce.

Browne told radio listeners that his administration’s policy regarding the sale of the bank is “not anti-capitalist, it is not anti-investment (but) it is just about protecting and growing the domestic economy.

“Our domestic banks are so small that generally speaking, they are not quite bankable for corresponding banking services,” said Browne, a former senior banking executive, adding that the departure of the Canadian banks presents an opportunity for local banks to expand.

“The only how are banks are going to get to the stage where they are large enough is through inorganic growth, through acquisitions. So whereas the Canadian banks have signalled their intention to leave it is quite an opportunity for the local banks to build capacity and grow rapidly so that they can become more resilient,” Browne said, adding that the growth would ensure the maintenance of existing corresponding banking relations.