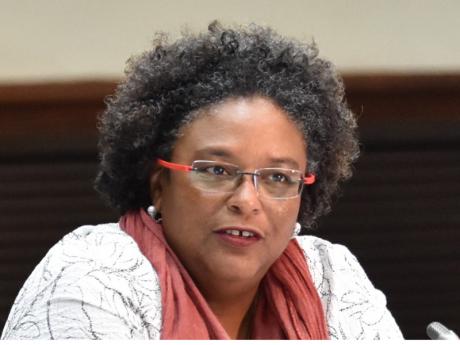 But, it insisted that it was committed to regional transportation and would continue to hold minimum shares in the Antigua-based carrier.

Barbados along with Antigua and Barbuda, Dominica, Grenada and St Vincent and the Grenadines are the main shareholders of the airline that employs over 600 people and operates 491 flights weekly across 15 destinations.

Prime Minister Mia Mottley, in a statement to Parliament, confirmed reports that Antigua and Barbuda would be seeking to replace Barbados as the largest shareholder government by seeking to acquire the shares Bridgetown would be outing up for sale.

She said that Attorney General Dale Marshall would lead the negotiations.

“There is only so much that Barbados can responsibly do at this time given our current circumstances and our current position on the journey which I referred to just now,” she said, having earlier made reference to the island’s multi-million dollar agreement with the International Monetary Fund (IMF) to turn around the ailing economy.

“Therefore…notwithstanding our absolute commitment to regional air travel and notwithstanding the fact and given in fact that the studies have recommended a different module and restructuring for LIAT and given the inability of the government of Barbados to do for LIAT in the next five to 10 years what the government of Barbados did for LIAT in the last five to 10 years when we moved significantly to assume major shareholder responsibilities, we have taken the determination, a decision as a cabinet that it is time for us to step back while at the same time allowing other governments to continue with their proposals to restructure LIAT in the way which they have determined.”

Last month, Antigua and Barbuda Prime Minister Gaston Browne said he had received communication from Barbados indicating that Bridgetown was willing to sell all but 10 per cent of its shares in the airline that serves 15 Caribbean destinations.

Antigua and Barbuda currently holds 34 per cent of the shares and if it succeeds in convincing Bridgetown to part with its LIAT shares, would have 81 per cent of the airline.