US calls for the respect of rule of law in Haiti 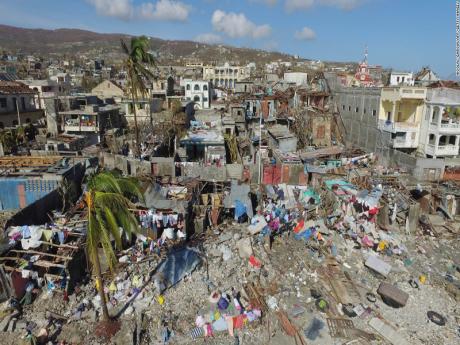 PORT AU PRINCE, Haiti, CMC – The United States has called on Haitians to respect the rule of law on the French-speaking Caribbean Community (CARICOM) country even as President Jovenel Moise is scheduled to meet with various stakeholders later on Monday to discuss the way forward.

Moise has planned a meeting with representatives of the trade union movement, religious, academic, as well as civil society organisations among others as opposition forces continue to demand his resignation from office.

The US State Department said that there was need for a fully functional government, noting that ‘only a legally constituted government can submit a long-awaited budget and pay attention to the key issues faced by the country such as corruption, electoral reform, insecurity and economic growth.

“We encourage legally elected representatives to engage in a sincere and inclusive dialogue that can lead to a consensual strategy for the future of Haiti”.

“The United States strongly encourages citizens, political parties and civil society organisations to express themselves peacefully and recommend a responsible exercise of this civic right,” Washington said, noting that democratic changes must be made through the ballot box.

Last week, the United Nations Economic and Social Council’s Ad Hoc Advisory Group on Haiti, said it is concerned about the deteriorating socio-economic and political situation in the country.

“Everyone we met in Haiti agreed on one point: exclusion and economic inequalities are the root causes of the political instability and deteriorating security situation,” said Marc-André Blanchard, Canada’s Ambassador to the United Nations and also chairman of the advisory group.

The Ad Hoc Advisory Group on Haiti was created in 1999. The role of the group is to make recommendations on how to ensure that international assistance to Haiti is adequate, coherent, well-coordinated and effective.

Moise himself has said that he not allow “anyone to put chaos and disorder in the country under any pretext,” as he defended himself against the report of the Superior Court of Accounts and Administrative Litigation (CSA/CA) into programmes and projects funded by the PetroCaribe, an oil alliance of many Caribbean states with Venezuela to purchase oil on conditions of preferential payment.

The report hat found that significant shortcomings have been associated with the planning and implementation of development programmes and projects funded by the PetroCaribe Fund.

Several people, including one journalist, were killed last week, as protesters took to the streets demanding Moise’s removal from office.