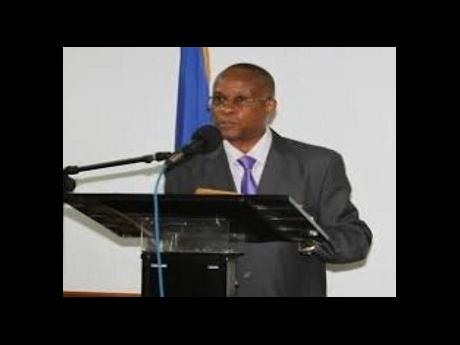 PORT AU PRINCE, Haiti, CMC – Economy and Finance Minister Ronald Décembre has painted a gloomy picture of the socio-economic situation in Haiti as efforts continue by the opposition to force President Jovenel Moise out of office over allegations of embezzlement.

“The climate of social tension that has prevailed in Haiti for several months is the main reason for the deterioration of the economy and public finances of the country,” Décembre told a news conference, saying that the tensions greatly affect trade and other sectors of activity in the French-speaking Caribbean Community (CARICOM) country.

He told reporters that over the last seven months of fiscal year 2018-2019, global prices have increased at a monthly rate of 1.4 per cent and that while private transfers and textile exports increased slightly, “all other sectors of the economy declined during this period".

“State investments fell by 60 per cent. The revenues collected for the Treasury have already recorded a shortfall of more than 35 per cent compared to forecasts for the current financial year. This shortfall does not include the losses of 16 billion Gourdes caused by the subsidy of petroleum products, since the beginning of the year,” he continued.

He said in view of this situation, he is predicting a growth rate of less than one per cent at the end of the current fiscal year as against earlier predictions of 2.8 per cent, made at the beginning of the fiscal year.

The World Bank in its latest report issued this month, titled “Global Economic Prospects”, noted that the growth of the Haitian economy could reach 0.4 per cent this year, making it the worst economic year of the country for past 10 years.

Décembre said that the strike at the General Directorate of Taxes (DGI) has contributed to the deterioration of the situation, with the authorities not being able to collect any taxes for past two weeks.

He said also the absence of a Government ratified by the Parliament is also a handicap and that donors and financial partners who had already mobilised funds for Haiti are still waiting to find the appropriate authorities to negotiate with in the French country.

The local currency is also on the decline because of political instability and other uncertain economic situations.

“This agreement, if Haiti had met the conditions of stability necessary for its application, would have stabilised the market and strengthened development projects in progress,” Décembre said.

Décembre said he hoped that stability will return to allow the state to meet its obligations and appealed to all stakeholders to enter into dialogue for the future of the country.

“The partners are on hold and arrangements are under way to get the bar right, but the country will not be able to break this deadlock if we do not recover the necessary stability,” he warned.

Meanwhile, the General Directorate of the Ministry of the Interior and Territorial Communities (MICT) has issued a statement denying allegations on social media that the authorities were spying on demonstrators.

According to the letter posted on the social media network and allegedly signed by MICT director general,  Fednel Monchery, and adressed to the Director General of CONATEL Jean David Rodney, the “Service of National Intelligence” under the orders of the  ministry and the executive, intends to use  force to deal with demonstrators.

“This is once again a new attempt to sow confusion at the level of opinion and to hinder the functioning of the public administration. The General Directorate of the Ministry of the Interior and Territorial Communities invites the population to …put a stop to all these manipulations,” the statement said.

In addition, it said the letter also makes a request for “financial collaboration of 25 million Gourdes in order to collaborate in the purchase of some equipment, materials, fuel ammunition etc… for the agents who will be on the ground”.

President Moise has already said that he would not allow “anyone to put chaos and disorder in the country under any pretext,” as he defended himself against the report of the Superior Court of Accounts and Administrative Litigation (CSA/CA) into programmes and projects funded by the PetroCaribe, an oil alliance of many Caribbean states with Venezuela to purchase oil on conditions of preferential payment.