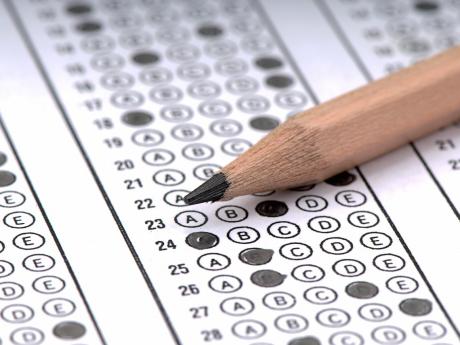 PORT AU PRINCE, Haiti, CMC – The Speaker of the Chamber of Deputies, Gary Bodeau, has called for the police to “crack down with the most utmost vigour” anyone planning to prevent students from sitting national examinations that begin on Monday.

Opposition political parties have announced three days of public demonstrations in a bid to disrupt the examinations as part of the process to force President Jovenel Moise out of office over allegations of embezzlement.

The organisation, “Ensemble des organisations politiques de l’opposition,” said the demonstrations, which began on Sunday, would continue until Tuesday as they demand Moise’s resignation.

“These new days of protest will also be organised in order to force the Ministry of Education to suspend the holding of official examinations,” said Etzer Jean Louis, the spokesperson for the group,  Ayisyen Ann Panse Ayiti (AAPA).

But Bodeau is urging the police to act quickly.

“I ask the National Police of Haiti and justice to crack down with the utmost rigour against those who will want to attack our children/our schools during official exams starting Monday, June 24,” said Bodeau.

The Ministry of Education said Monday that more than 240,000 candidates will sit exams for entry to the various educational facilities on the French-speaking Caribbean Community (CARICOM) country.

“Anyone caught red-handed in the vicinity and/or in the examination centres will be arrested and handed over to the judicial authorities for legal follow-up,” it said.

On Sunday, Moise chaired a meeting with the senior officials of the National Police of Haiti discussing measures to ensure normalcy in the country affected by daily demonstrations.

In a Twitter message, Moise said that the meeting took place at the “National Palace with the main public security institutions to discuss measures to be put in place to ensure the normal resumption of activities throughout the country”.