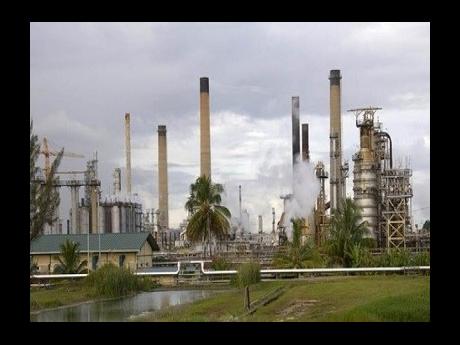 PORT OF SPAIN, Trinidad, CMC – The Trinidad and Tobago government has denied suggestions that the state-owned oil refinery at PETROTRIN would be leased to a foreign company.

The Ministry of Energy and Energy Industries said statements made by the President General of the Oilfields Workers Trade Union (OWTU), Ancel Roget, regarding the future operation of the refinery that was shut down as part of the exercise to restructure the loss-making entity were inaccurate and intended to create an issue where none exists.

It said Roget had taken statements made by Energy and Energy Industries Minister Franklin Khan at a public forum last week and attempted “to link certain statements made by the Minister to the spurious conclusion that the winner of the refinery bid will be a foreign entity.”

Roget, had during a news conference last week, called for the Keith Rowley government to clear the air on the acquisition of the Guaracara refinery in south Trinidad.

He told reporters that the union had been bombarded with calls since a recent statement by Khan, whom he has had used a public platform in Point Fortin to alert the country to his knowledge of the outcome of a process that had not been completed as yet.

“We find this to be very troubling,” Roget said, reminding reporters that following the closure of PETROTRIN, the OWTU incorporated a company by the name of Patriotic Energy so as to get involved in the bidding process for the refinery and all of the other assets.

“The aim is to provide fuel energy security and also revenue in the form of foreign exchange for Trinidad and Tobago,” Roget said, adding that the OWTU is bound by a non-disclosure agreement.

But, he said Khan had breached that contract and that his utterances clearly showed that he had a preference for one or the other bidders in the process and claimed a foreign operator was being favoured.

“It is another, parallel process that the minister is engaged in and he knows the outcome already. We want to know if this process is a fair one,” Roget said.

But the Ministry said that at no time Khan made reference to “any specific company indicated or vaguely referred to, when he spoke at a People’s National Movement meeting in Point Fortin.

“For the records, the meeting dealt with policy issues. Both the Honourable Prime Minister, Dr. Keith Christopher Rowley and myself, dealt extensively and in detail with the justification for the restructuring of PETROTRIN, in particular, the need to get out of the refining business.

It said that the divestment of PETROTRIN’s refinery’s assets is complex and sophisticated process.

“The Government gives the assurance that it is being conducted in the most transparent and ethical way possible and the final decision will redound to the benefit of the people of Trinidad and Tobago.”