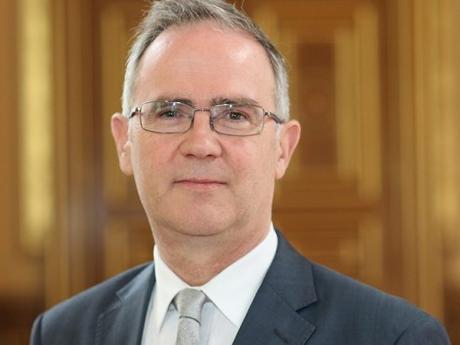 HAMILTON, Bermuda, CMC  – Governor John Rankin has granted a posthumous pardon to an American pastor and journalist who was into imprisoned more than a century ago after he wrote about the unfair treatment of Jamaican workers in Bermuda.

The Reverend Charles Vinton Monk was locked up for libel in 1903 after he exposed the poor conditions endured by people brought in to work on the Royal Naval Dockyard.

Premier David Burt hailed the Governor’s ruling as a “significant and historic decision” and said he would make a statement in the House of Assembly on Friday.

Burt told the House in June last year that he had asked the Governor to consult the Advisory Committee on the Prerogative of Mercy about the possibility of a pardon for Monk.

Rankin on Wednesday confirmed that he had granted a free posthumous pardon to Monk, a decision that the Royal Gazette newspaper said it believed was a modern-day first for any British Overseas Territory,

“Posthumous pardons are only granted in the most exceptional of cases. After careful consideration, I am satisfied, however, that in exercising his freedom of expression, the Reverend Monk was seeking to serve the public interest,” the Governor said.

Rankin added: “This is an historical case and we can recognise today that the act for which the Reverend Monk was convicted was an act of courage in drawing attention to the unacceptable working conditions to which the Jamaican nationals in Bermuda were being subjected.

“Today is an opportunity to acknowledge Reverend Monk’s work in seeking to remove an injustice which was then taking place.”