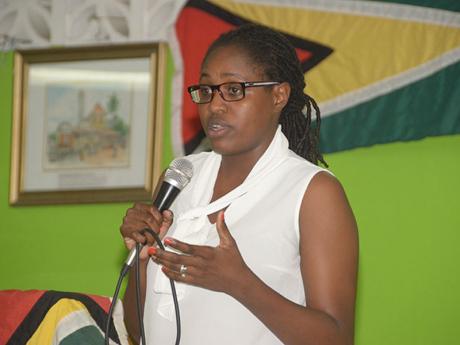 GEORGETOWN, Guyana, CMC  – A policy that required newly hired public servants to work for three months before being paid, is now a thing of the past.

This was disclosed on Thursday by Public Service Minister, Tabitha Sarabo-Halley, who told  reporters that, based on checks, she was unable to find policy guidelines and therefore she does not believe it should exist any longer.

“Many public servants have reiterated the issue of having to work for three months before being paid. I have thus far found no rule or policy that substantiates this. I find this practice unconscionable and thus should no longer be a practice in any government agency after the month of July. I am working with my staff to remove this bugbear from those who are desirous of joining the public service.”

She said going forward, no new public servant will have to work for more than a month without being paid.

The three-month work before pay policy has been around for decades, but the minister said no one appears to know how and why it was put in place and why it remained in place.

She stressed that new employees cannot be expected to report for duty daily and then wait three months for their salaries.