Trinidad rolls out new initiative to deal with murders 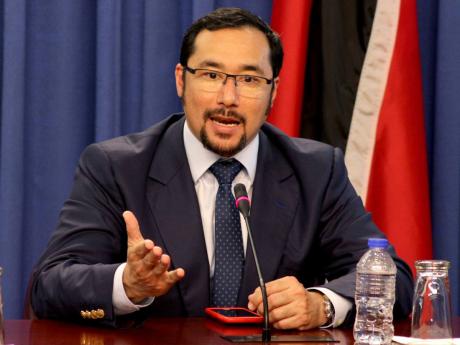 PORT OF SPAIN, Trinidad, CMC – The Trinidad and Tobago government says it will be providing funds for a new initiative aimed at curbing criminal activities.

National Security Minister, Stuart Young, speaking to reporters on Sunday, said that the new initiative had been discussed with Prime Minister, Dr Keith Rowley, and Crime Stoppers after 24 people were gunned down over the past few days.

But Young acknowledged that the law enforcement authorities would require the assistance of citizens in putting a dent to the crime situation.

“We require the assistance of citizens to have breakthroughs,” he said, adding “I’m happy today to say one of the initiatives we will be rolling out is with respect to illegal firearms.

“We will be offering rewards through the Crime Stoppers programme where persons can call in anonymously and provide law enforcement through Crime Stoppers with information and intelligence to help us locate cachets and stashes from one upwards of illegal firearms and ammunition in Trinidad and Tobago,” said young.

“If we successfully search and recover, as a result of information provided by you the citizens of Trinidad and Tobago, cachets of illegal firearms, we are prepared to offer rewards for that,’ young said, noting that it would all be worked out in the next few days with Crime Stoppers.

“You, the citizens of Trinidad and Tobago, very frequently witness and see crimes taking place or the criminality taking place in your communities. We are today re-energising, reinvigorating and also requesting that you utilise Crime Stoppers, as an anonymous initiative to provide us with the information that we need to get some further breakthroughs with crime taking place across Trinidad and Tobago.”

“I don’t think the Government has lost the war on crime. The past seven days were unacceptable,” he added.

So far this year, 285 people have been murdered.

Last year, 516 people were killed in Trinidad and Tobago.