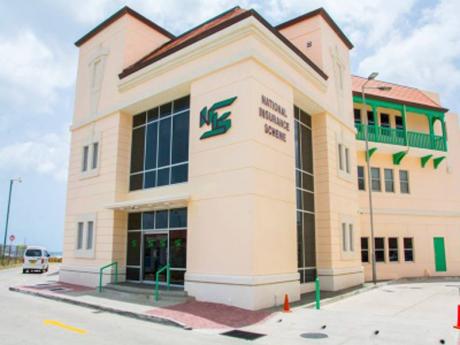 ST GEORGE’S, Grenada, CMC – The Grenada government Tuesday said it had approved an increase in the contributions to the National Insurance Scheme (NIS) following months of intense consultations with the public.

“Cabinet at its meeting approved the recommendation of the Board of the National Insurance Scheme to increase the contribution rate from nine to 11 per cent. This is to be shared equally between employees and employers. The employers will be one per cent additional and the employee one per cent,” Trade, Industry, Cooperatives and CARICOM Affairs Minister, Oliver Joseph, told reporters.

The existing formula is for employers and employees to pay five and four per cent respectively and Joseph said the new measures go into effect from September 1 this year.

“The actuary report on the last three occasions advised, they recommended that government increase the contribution rate,” he said while explaining that if government is to wait longer it could result in the NIS dipping more and more into its reserved funds.

“If you wait until 2030 or 2035 it means that you will have to increase it by 22 per cent then, so this is being down in an incremental rate in keeping with the recommendation,” Joseph said.

During the period of March to June this year, the NIS engaged in 18 public consultations on the need to increase the contribution and at the same time to increase the age of retirement.

Joseph said that a final decision is yet to be made about increasing the age of retirement.

“Cabinet has asked for more consultations with stakeholders on the effective date for the age,” said Joseph, adding that during the consultation there was support to increase both the age of retirement and contribution.

Minister with responsibility for the National Insurance Scheme, Nikolas Steele, said that before the changes go into effect, the NIS legislation must be amended.