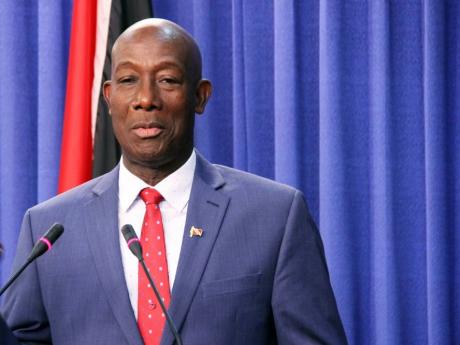 PORT OF SPAIN, Trinidad, CMC – Prime Minister Dr Keith Rowley has brushed aside threats of legal action against his administration by Venezuelans who were not registered to remain in Trinidad and Tobago, saying he has instructed his National Security Minister to deport them.

Speaking at a ceremony late Tuesday, Rowley also insisted that Port of Spain had done much for Venezuelans fleeting the economic and political situation in their homeland occasioned by efforts by opposition political forces, with the backing of the United States to remove President Nicolas Maduro from office.

Attorneys representing an estimated 248 Venezuelans had sent a pre-action protocol letter to the government alleging that they were unable to register during the government’s two-week registration exercise in June.

They are also asking the National Security Minister, Stuart Young, to allow them to be registered in the next 21 days.

But Rowley told the audience that he did not believe that the pre-action protocol letter was directed at Trinidad and Tobago, insisting that Venezuelans who did not take advantage of the registration exercise “did not want the government to know who you are and where you are, and we therefore do not want you in the country.”

He said Venezuelans could go to the court or “wherever they want to go” but his administration’s policy on the issue remains.

“If you did not register during that period of registration, I have instructed the Minister of National Security to deport every single one of them,” Rowley said, also accusing the United Nations Refugee Agency of wanting to move “heaven and earth to get Trinidad and Tobago to open refugee camps in this country”.

Rowley said that his administration had made it clear that opening refugee camps was not an option since when they are opened, they become difficult to close.