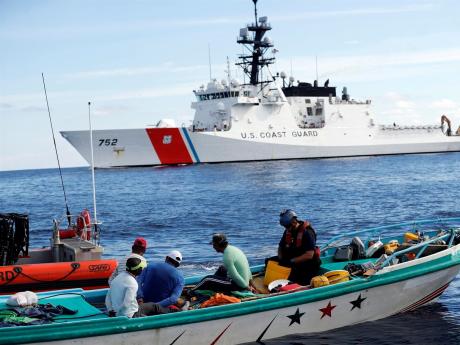 MIAMI, CMC – The United States Coast Guard says crew members interdicted a 37-foot pleasure craft with one Jamaican and three Brazilians aboard about 30 miles east of Hollywood in southern Florida.

Two smugglers were also onboard the vessel, the Coast Guard said.

On Wednesday, the US Coast Guard said crew located the pleasure craft named “Bada Bing” with six people aboard during a patrol on Tuesday.

“All six people were transferred to US Customs and Border Protection,” the Coast Guard said.

“Attempting to smuggle yourself into the country via the maritime environment is both extremely dangerous and illegal,” he added.

“With the consistent danger these smuggling ventures present, our crews and partner agencies remain persistently vigilant to protect lives and enforce federal laws.”