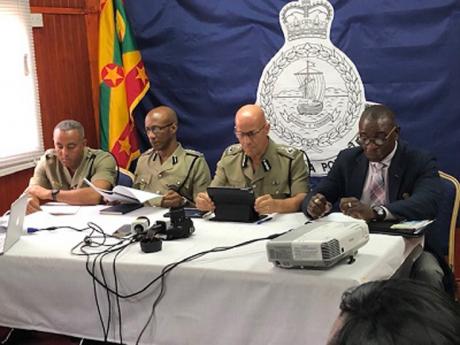 ST GEORGE’S, Grenada, CMC – Grenada police are reporting a 35 per cent increase in the number of unwanted physical attacks on law enforcement officials.

Acting Commissioner of Police, Edvin Martin, told a news conference that there is a growing lack of respect for police officers, noting that a comparison of the data for the first six months of this year as against the same period last year, shows a 35 per cent increase in that category.

Martin, flanked by senior officers, said the police would be examining ways in which they can possibly train officers to de-escalate situations because it may also be a factor in fuelling these offensives against law enforcement officials.

“Assault on police in the execution of their duties is a major concern we must address,” he said.

The data show a reduction in all major crimes even as the police acknowledge there remain pockets of concerns in certain categories.

The police said 8,001 crimes were recorded during the period under examination so far this year as compared to 7,009 last year.

“There is certainly an overall contraction of major crimes in each category,” said Martin who is of the opinion that if the pattern continues, Grenada will record a second consecutive year of a reduction in crime.

While the biggest increase was in the areas of murder and assault on police, the most significant reduction was in the sexually related offence category.