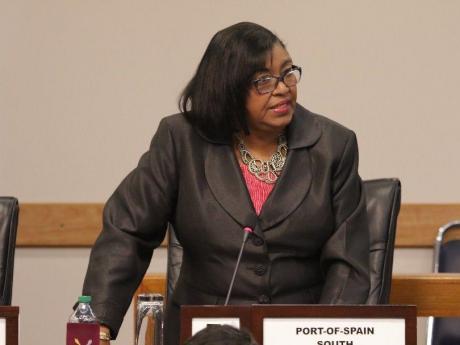 PORT OF SPAIN, Trinidad, CMC – Prime Minister Dr Keith Rowley Monday named attorney Garvin Simonette to be a member of his Cabinet after his Public administration Minister Marlene McDonald is due to appear in court with four others on several offences of conspiracy to defraud the government.

A statement from the Office of the Prime Minister said that he is advising President Paula-Mae Weekes to revoke her appointment and replace her with Senator Simonette, who currently practices as a commercial lawyer and considered to be one of the senior practitioners in the commercial law arena.

Simonette, who will be sworn in this afternoon, was admitted to practice in England, Trinidad and Tobago and several other Caribbean countries including Barbados, Antigua and Barbuda, British Virgin Islands, St Vincent and the Grenadines and the Turks and Caicos Islands.

A police statement said that apart from McDonald, the others facing the charges are her husband, Michael Carew, Victor McEachrane, Wayne Anthony and Edgar Zephrine.

“They are all being charged with several offences to defraud the government, and offences of money laundering. However, McDonald will face offences of misbehaviour in public office,” the police statement said.

McDonald and her husband were detained by police last Thursday and the police statement noted that the others were arrested over the weekend.

This is the third time since the ruling People’s National Movement came to power in 2015 that McDonald, a deputy leader of the party, has been sacked from the Cabinet.

She was sacked as Minister of Housing and Urban Development in March 2016 while being the subject of an Integrity Commission investigation into her role in State payments to the Calabash Foundation, which is headed by Carew.

In July 2017, McDonald was fired again after she turned up for her swearing-in ceremony as Minister of Public Utilities, just two days earlier, with alleged gangster Cedric Burke.

McDonald was first elected to the House of Representatives as the Member for Port-of-Spain South in November 2007 at which time she was appointed Minister of Community Development, Culture and Gender Affairs.

The charges against McDonald arose from the payments made to the Calabash Foundation.