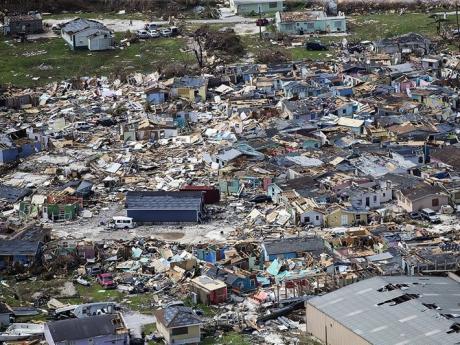 NASSAU, Bahamas, CMC – The Bahamas government says it continues to “enjoy” good relations with both the United States and China as it sought to distance one of its diplomats from a report that quoted him as saying that Beijing would not be allowed to help in rebuilding the Caribbean Community (CARICOM) country following the passage of Hurricane Dorian on September one.

In a statement, the Ministry of Foreign Affairs said that the statements contained in the article published by the US-based Palm Beach Post and quoting the Consul General in Miami Linda Mackey “were taken out of context.

In the article published last Friday, Mackey is quoted as saying that China will not be part of reconstruction following Hurricane Dorian that killed at least 60 people and extensively damage the Abaco Island and Grand Bahama.

“We are empowering the locals to do the actual work,” Mackey said after taking questions from a packed room of evacuees living in Palm Beach County for the past several weeks.

“There will be no Chinese with what I’m referring to,” the Palm Beach Post reported.

It reported Mackey as saying that Prime Minister Hubert Minnis’ pledge to keep China’s influence out of the Bahamas, made at a Caribbean summit hosted by President Donald Trump at a Mar-a-Lago last March, still stands despite a wide range of reconstruction needs.

Minnis, along with Jamaica Prime Minister Andrew Holness, his St Lucia counterpart, Allen Chastanet and Haiti’s President Jovenel Moise met with Trump to discuss among other issues the political situation in Venezuela where Washington is seeking to remove President Nicolas Maduro from office.

In its statement, the Ministry of Foreign Affairs said the Bahamas government “is grateful for the support and generous assistance from all members of the international community who demonstrated solidarity with The Bahamas in the wake of Hurricane Dorian”.

Palm Beach Post reported that while the United States remains the region’s largest trading partner, trade with China has moved from US$17 billion in 2002 to US$257 billion in 2017.