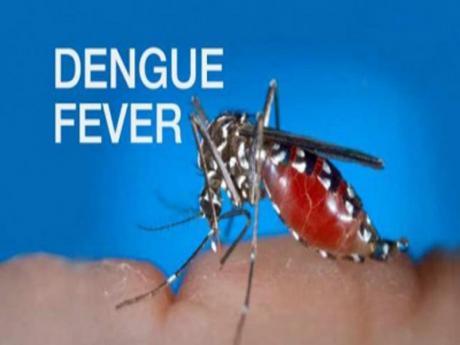 St Lucia has recorded a total of 540 dengue fever cases as of October 3, 2020 - Contributed photo.

In a statement, the Ministry of Health and Wellness said the individuals were seen and managed at the Owen King European Union Hospital, where they presented with symptoms consistent with dengue fever.

It said that all the samples were tested locally and also sent to the Trinidad-based Caribbean Public Health Agency (CARPHA) for confirmation.

It said that the mean age of cases is 19 years, with an age range from three weeks to 84 years, noting that the age group five to 14 years accounts for approximately 38 per cent of cases.

The health authorities said that 49 per cent of confirmed cases occurred during the month of August, with both serotypes two and three continuing to be in circulation.

They said that while all health regions have reported cases of dengue fever, the highest prevalence continues to be reported in the northern part of the island, with Castries, Gros Islet, and Babonneau accounting for 34, 17 and eight per cent of cases respectively.