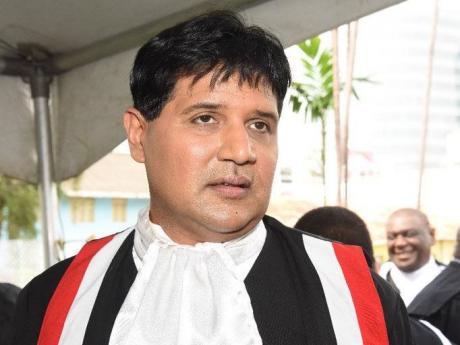 Justice Frank Seepersad ruled that the issuing of the search warrants was plainly irregular, unlawful, and unconstitutional as they disproportionally infringed on the media house’s right to freedom of the press. He also said a search of media houses cannot be viewed as the norm – Contributed photo.

PORT OF SPAIN, Trinidad, CMC – A police raid on a media house in March last year has been deemed unconstitutional by the court.

Justice Frank Seepersad held on Wednesday that the two search warrants obtained by the police for the Trinidad Express newspaper in search of information which could lead them to a journalist’s source were “plainly irregular”, unlawful, and unconstitutional as they disproportionally infringed on the media house’s right to freedom of the press.

“The decision to issue the warrants failed to strike the required balance between the interest to investigate the summary offence of ‘tipping off’ on the one hand, and the right to press freedom as well as the right of the journalist who authored the articles to protect the confidentiality of her source on the other,” he said.

In his ruling, Seepersad also ordered compensation for the media house for the breach of its rights, which is to go for an assessment.

One Caribbean Media Group Ltd, the Trinidad Express Newspapers, and editor-in-chief Omatie Lyder had filed a constitutional claim against the Attorney General, the Commissioner of Police, and Superintendent Wendell Lucas, who led the raid on March 11, 2020.

They will have to pay the claimants’ costs.

The media house contended that the warrants issued by a justice of the peace to search the premises were unconstitutional, unlawful, arbitrary, unnecessary, and disproportionate.

It was further contended that the warrants contravened the media house’s right to freedom of the press guaranteed in the Constitution.

The raid came after the Trinidad Express publication of an investigative piece on ACP Irwin Hackshaw’s activity at three local banks being flagged.

The police seized several devices from Lyder’s office at Independence Square in Port of Spain.

Meanwhile, Seepersad has advocated for legislative reform on obtaining search warrants for media houses, saying they should be issued by a judge and not a justice of the peace.

“It is hoped that the legislature in this republic can be moved to adopt a proactive approach as opposed to a reactive legislative agenda and prioritise the enactment of similar provisions.

“Until such time as the appropriate legislative protection for journalists is enacted, as a sovereign democratic state, the social contract and attendant rights and responsibilities as outlined under the Republican Constitution have to be jealously defended by the court,” he said.

The judge also said a search of media houses “cannot be viewed as the norm.”

“Such searches should be sanctioned only where it is essential for the administration of justice and the public interest favours the disclosure of the information sought because it is vital to the furtherance of a criminal investigation,” he added.

Although acknowledging that media houses and journalists do not enjoy any unique or special privilege which exempts them from prosecution or immunity from having search warrants executed on them, Seepersad said source protection must be treated “as an inherent and integral facet of the freedom enjoyed under section 4(k) of the Constitution.

“A careful and proportionate balance has to be struck between the interests of justice and the public interest on the one hand and the interest of free and fearless journalism, which includes source protection, on the other,” he added.

“Although the right to press freedom does not attract special protection and care, caution should characterise the approach to be adopted when issues which potentially impact upon press freedom arise.”