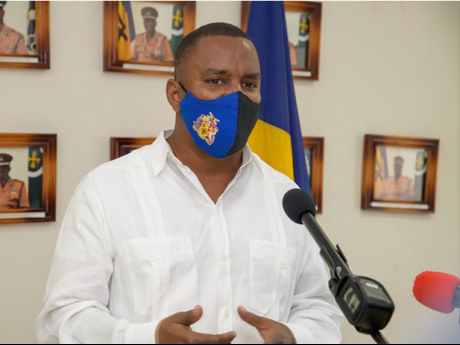 After two members of the prison’s staff tested positive for COVID-19 on December 31, 2020, mass testing was carried out at the facility. The infection number increased to 366 at the peak of the outbreak, comprising 102 members of staff and 264 prisoners.

BRIDGETOWN, Barbados, CMC – After an outbreak that saw the number of COVID-19 cases surpassing 360, the island’s lone prison is now free of the virus, Minister of Home Affairs, Wilfred Abrahams, has announced.

He said there were no active cases of COVID-19 at Her Majesty Prisons Dodds, within either the staff or inmate population.

After two members of the prison’s staff tested positive for COVID-19 on December 31, mass testing was carried out at the facility.

The infection number increased to 366 at the peak of the outbreak, comprising 102 members of staff and 264 prisoners.

“This potentially disastrous situation was managed and brought under control through rigid adherence to the protocols set for its control, and by constant communication and cooperation by and between all concerned,” Abrahams said at a press conference, held via Zoom, over the weekend.

“This included, in large measure, the inmate population at the prison as well.”

He told the media that the protocol for ensuring the timely release of those who had served their entire prison sentence has been working well, and those due for release were being allowed to go as scheduled.

Abrahams also encouraged Barbadians to examine the COVID-19 situation response by prison authorities to swiftly contain the spread of the virus, as the inspiration to bring the current pandemic under control.

He said the ability to get a handle on the situation at the facility depended on the prison’s “vigilance and discipline with both the prison officers and the inmate population, while we were under this crisis.”

“Even now, we are constantly monitoring for symptoms. If somebody displays symptoms, we catch them very early and do the testing or enforce the protocols to make sure that if somebody needs treatment, that they get that treatment immediately,” he said, as he implored Barbadians who are experiencing any symptoms to heed the warnings of the Minister of Health, the COVID-19 Communications Unit and the Ministry of Health and Wellness to seek help early.

“The Minister of Health and the COVID Communications Unit and the Ministry of Health keeps appealing to Barbadians that if you have symptoms, deal with your symptoms early…alert the health authorities early, because the earlier you catch and deal with your symptoms, the better chance you have at survival or minimising the effects of this virus on you and the better chance you have of protecting those around you.  It worked very well in the prison with the early identification of any symptomology and treating those with symptoms very, very quickly.”