2020 downturn in Caribbean may be difficult to reverse – World Bank 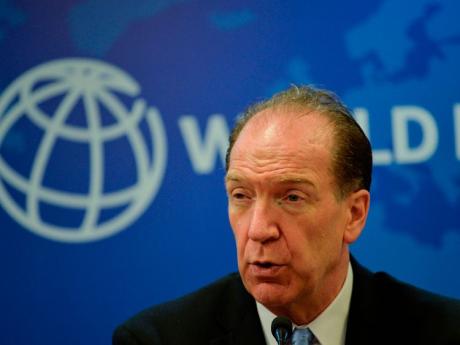 World Bank President, David Malpass. He said that Caribbean countries would have to implement new policies to strengthen their economies amid COVID-19.

PORT OF SPAIN, Trinidad, CMC – The Word Bank Tuesday suggested that there would be a “degree of recovery” in Caribbean Community (CARICOM) countries this year despite the effects of the COVID-19 pandemic, but warned also that it would not be enough to make up for the downturn in 2020.

World Bank President, David Malpass, told the Caribbean Media Corporation during a 45- minute round table discussion with journalists from Latin America and the Caribbean that while he would not want to agree with the 3.8 per cent figure projected by the Barbados-based Caribbean Development Bank (CDB), the Washington-based financial institution would shortly be releasing its own figures.

Last month, the CDB said the average gross domestic product (GDP) for the Caribbean this year will be 3.8 per cent, but warned also that the projection is clouded by the ongoing uncertainty caused by the global COVID-19 pandemic.

“We will be coming out with our own forecast for the region, but your general point is right that we expect there to be a degree of recovery in the Caribbean but not enough to make up for the downturn in 2020.

“So I don’t want to exactly agree with the specific number because we will be coming out with our own and you know how economic projections are. But certainly the thrust of that …[is] that there is some rebound or some recovery going on but not nearly enough.”

Malpass said Caribbean countries nonetheless would have to implement new policies including that as a “starting point,” recognise that COVID “marks a dramatic change in the way countries will interact.

“That is important to consider in terms of tourism, for example, that there is a change there and it makes all the more important the structural reforms that are needed country by country.

“Within the Caribbean, we see dramatically different results in different countries based on the specific choice of policies. I happen to strongly support the currency pegs Barbados and the Bahamas have used over the years, I think that gives stability to them and makes for more attraction to investment.

“But different countries are using different policies and techniques and I think the policies need to be tailored or need to be developed by each country in a way that allows for growth and market expansion”.

The World Bank president said that there was also the need for the private sector to play a significant role in the development of the region going forward.

“There has to be an environment where people, especially the locals, want to invest in building the countries and that’s a challenge,” he said, noting “that needs specific policy changes to make each of the island states more attractive.

Malpass said that trade was also an important area for development of the region in the COVID pandemic era, noting the trade links with Central and South America “be developed.

World Bank Vice President for Latin America and Caribbean, Carlos Felipe Jaramillo, said that the digital divide is a “huge problem” that the region must also come to terms with as quickly as possible.

“New companies that can export digital services which is important for economies that so far have been to concentrate exclusively on tourism. They do need to diversify,” Felipe added.

Regarding the World Bank’s financial contribution towards dealing with the  COVID-19 pandemic, Malpass said that the Washington-based financial institution has programmes in Latin America and the Caribbean.