Guyana sending COVID samples to US for variant testing 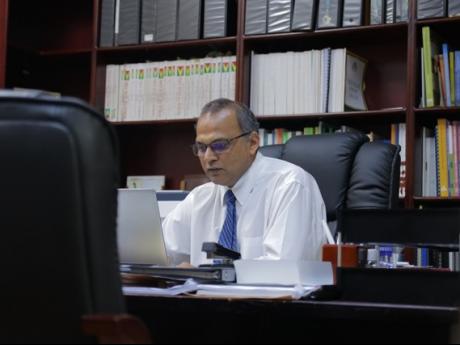 Guyana's Minister of Health Dr Frank Anthony. Some of those samples, Anthony noted, are from persons who died from COVID-19.

Minister of Health, Dr Frank Anthony, said on Tuesday that 180 COVID-19 samples are being sent to the Icahn School of Medicine in New York for genomic sequencing to determine if there are any variants of the virus in the country.

Anthony said Guyana does not have the capacity to do gene sequencing, but it has established partnerships with agencies that can, including the Trinidad-based Caribbean Public Health Agency (CARPHA) which tested 10 abnormal samples last month.

Those samples did not reveal the presence of any mutation of the disease, but the health minister said because of Guyana’s geographic location and the changing nature of the disease, the Government sought other testing sources.

“We still believe, because of where we are located, that we would have challenges with emerging variants, and because of that, we want to ensure that we could understand better the variants that are circulating. So, we have a partnership now that we have developed with the Icahn School of Medicine in New York and the Mount Sinai Group,” he explained.

“Hopefully, in another week or so, we will be sending 180 samples to them, for them to go through and to check for different things for us.”

Some of those samples, Anthony noted, are from persons who died from COVID-19.

Samples from infected persons who were around areas bordering Brazil, from Regions 8 and 9, will also be sent for testing.

Neighbouring Brazil has the P1 strain of COVID-19.

Other COVID-19 variants have been discovered in the United Kingdom, South Africa, the United States of America.