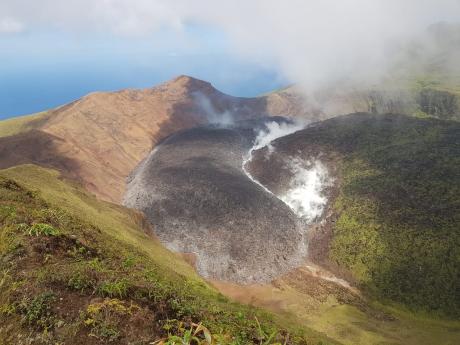 The country is currently on red alert – which is the highest threat level as it braces for heightened activity – with all emergency shelters activated.

Prime Minister Dr Ralph Gonsalves has issued an immediate evacuation order for north easterly and north westerly communities in an area designed as “the Red Zone” in the immediate path of the raging La Soufrière volcano.

The announcement was made during an emergency press conference a short while ago, at which the Vincentian leader said he was acting on the advice of the country’s disaster officials.

Earlier, Professor Richard Robertson, the lead scientist monitoring the volcano, reported that there had been a “significant” change in activity with the onset of tremors.

Robertson said the latest tremors were accompanied by gas venting, which was an indication that “we can have explosions”.

No further warning is expected, Robertson added, while advising the prime minister to take action to safeguard life and limb.

The country is currently on red alert – which is the highest threat level as it braces for heightened activity – with all emergency shelters activated.

Neighbouring islands have committed to taking in volcano evacuees who are being urged to be vaccinated before leaving the country.