Over 250,000 people in Trinidad apply for curfew passes 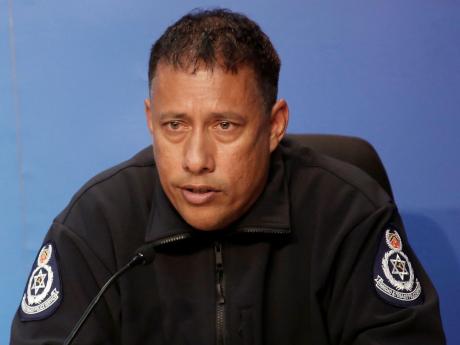 Griffith: “Based on the request that I have seen so far for curfew passes, it seems as though that many persons do not understand the intent for the state of emergency.”

PORT OF SPAIN, Trinidad, CMC – Trinidad's Commissioner of Police Gary Griffith said Monday that at least 250,000 people have applied for exemptions under the eight-hour curfew that came into effect last weekend in a bid to curb the spread of the COVID-19 pandemic.

Griffith, speaking at a Trinidad and Tobago Police Service news conference, said that an estimated 5,000 applications will be approved.

“Based on the request that I have seen so far for curfew passes, it seems as though that many persons do not understand the intent for the state of emergency,” he said.

He stated that some people were of the opinion that “it is business as usual and if we continue to do that it is going to defeat the purpose for a state of emergency.”

The last figures issued by the Ministry of Health showed that as of Sunday, Trinidad and Tobago had recorded nine new deaths and 356 new cases of the virus bringing the total cases to 16,255 and 285 deaths.

Last weekend, the Trinidad and Tobago government declared a state of emergency (SOE) and an eight-hour curfew as a “scared population” looked to the authorities to implement new measures to deal with a rising number of deaths and infections from the virus.

Prime Minister Dr Keith Rowley said that the curfew, which went into effect from Sunday, will be from 9:00 p.m. to 5:00 a.m. daily.

“The state of emergency will remain in place until it has expired or continued,” he said, noting that under the law, the SOE remains in place for 90 days in the first instance.

Griffith told reporters that in 2011, when the country was under a SOE, “every man and his dog asked for a curfew permit and it was practically given.

“So far in the last 30 hours as Commissioner of Police, I have spent 26 hours non-stop reviewing all of the requests for curfew passes. I have received 2,800 letters requesting curfew passes for employees from organisations”.

Griffith said of these applications “over 250,000 names have come to me asking for passes to be given. This is over one-quarter of the adult population and they are still coming in fast and furious”.

Griffith said these curfew passes were being used by persons to drive around the country.

“Our job is to ensure we minimise the freedom of movement and to reduce the number of persons moving around in the country especially during the curfew period,” Griffith added.

Griffith reminded the population that people who in the 2011 SOE simply showed their pass document as an explanation for being out during curfew hours would not be tolerated and that they would be arrested.

He said if there was an emergency, people would be allowed to leave their homes and if stopped in a roadblock, would get an escort to their destination.

Those working in the public health system would not require a curfew permit, he said, noting that their Ministry identification document would suffice.

Anyone found in breach of the regulations is liable on summary conviction to a fine of TT$250,000 and to imprisonment for six months.