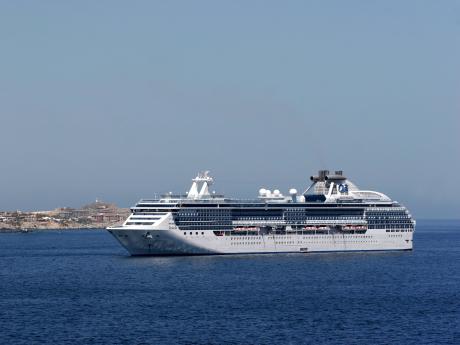 Premier Andrew Fahie indicated today that there is still no final plan in place on how the BVI intends to receive cruise passengers. - Contributed photo.

It made the announcement on Friday following a press conference with Premier Andrew Fahie who then indicated that there were no set dates for the return of cruise ships.

But according to officials, while the conference was happening, talks were underway with international cruise carriers.

“The British Virgin Islands Ports Authority will welcome the first cruise ship call to the territory – the Celebrity Millennium of Royal Caribbean Group's Celebrity Cruises, on 1 July 2021,” the authority stated.

“The details of this call were being finalised at the time of the Premier's press conference earlier today,” it added.

The authority said Celebrity Millennium will be home-porting out of St Maarten and will be making calls to Tortola, St Lucia, and Barbados.

In the meantime, Fahie indicated today that there is still no final plan in place on how the BVI intends to receive cruise passengers.

The BVI's first cruise call in months was scheduled to happen on June 15, but this was cancelled abruptly after the cruise liner reported that there were concerns with passengers who had tested positive for COVID-19 following a stop at one of its intended ports.

Meanwhile, during the press conference, the Premier again welcomed the news that the United Kingdom had updated its categorisation of the BVI by including it on the green list for travel.

He also stated that the country's tourism industry is opening up more and more daily and  bookings for land properties and charter boats continue to increase and visitors are returning in increasing numbers.