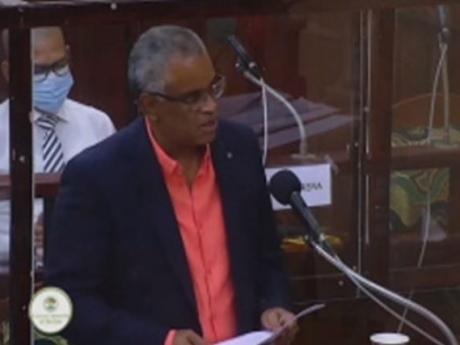 BELMOPAN, Belize, CMC – The Belize government says it is preparing an amnesty programme for immigrants from the Caribbean Community (CARICOM) and Central America.

Belize is a member of the 15-member regional integration grouping and the government said that the proposed programme will offer permanent residency status to undocumented immigrants in Belize, creating a pathway to eventual citizenship.

In 2010, it was estimated that over 20,000 undocumented people were living in Belize and a decade later, the figure has more than doubled.

The amnesty programme will not be the first being implemented by Belize.

In 1984, the country granted citizenship to 8,000 undocumented migrants and in 1999, an estimated 11,000 persons received permanent residence.

The new amnesty is scheduled to begin in April next year and Immigration Minister, Eamon Courtenay, said the underlying purpose of the amnesty is to regularise thousands of persons that have been residing in Belize illegally and to bring them into the official mainstream of the Belizean society.

“These are persons who have made Belize their home. We believe that we should take steps to make them legal. Once legal, we will be able to have a more accurate count of our population. We will more accurate statistics for social and economic, and migration planning and policies.

“Let me be clear, persons who successfully apply for the amnesty will be given permanent residence, not citizenship. To qualify for citizenship, they must have permanent residence status for five years, and satisfy other legal criteria before becoming legal citizens,” he told the Senate on Monday.

Courtenay said that his ministry will this week begin its briefing and consultations with ministries and stakeholders who will be involved in the amnesty.

“Beginning in January, a massive information and education campaign will be rolled out to inform potential applicants of the amnesty and to inform the wider Belizean population of the details,” he added.