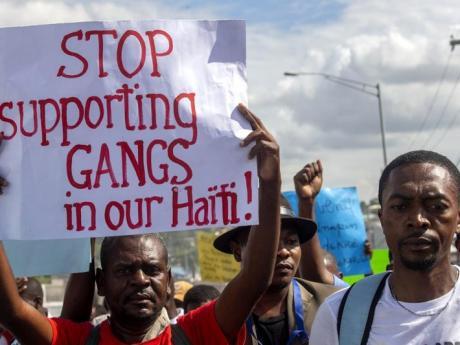 CARICOM Secretary General, Dr Carla Barnett said the situation of institutional collapse with the executive, legislature and judiciary having become dysfunctional at different times and for different reasons is unprecedented.

CMC –
The 15-member Caribbean Community (CARICOM) on Friday said it is deeply concerned by the deepening of the multi-dimensional crisis in Haiti, telling the international community that its efforts to assist Haiti should go beyond strengthening the police and the judiciary.

CARICOM Secretary General, Dr Carla Barnett, addressing a virtual international meeting on Haiti, organised by Canada, said the situation of institutional collapse with the executive, legislature and judiciary having become dysfunctional at different times and for different reasons is unprecedented.

“There is, consequently, no constitutional or legal way of filling the present institutional void in the absence of elections,” she added.

Earlier, Canadian Prime Minister Justin Trudeau told the meeting that Haiti's allies must act immediately to help tackle a spike in violence that is worsening an already precarious humanitarian situation.

He said that the international community also needs to address deep governance problems that are fuelling a political and security crisis in the western hemisphere's poorest country.

“In order to address Haiti's humanitarian needs, we must also address the challenging security situation. The increase in violence is only worsening the already precarious humanitarian situation,” Trudeau told the meeting being attended by foreign ministers .

He said this will require immediate action to mitigate violence.

"We must also address the deep governance problems that are fuelling the current political and security crisis. That includes taking action against corruption.”

Meanwhile, the CARICOM Secretary General said preceding meetings of senior officials have been extremely useful in helping to identify areas and details of the assistance which Haiti's international partners are willing to provide.

She said particular attention has been placed on security, as well as the political and economic.