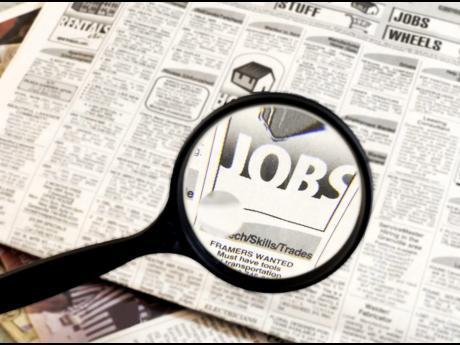 The bill has been opposed by the main opposition United National Congress (UNC). But, Foreign and CARICOM Affairs Minister Dr Amery Browne said he found no merit in the opposition’s arguments to stop the bill.

PORT OF SPAIN, Trinidad, Jun 4, CMC – Trinidad and Tobago has passed a law that will allow skilled regional workers to access jobs in the country.

The Caribbean Community (CARICOM) Skilled Nationals (Amendment) Bill 2022 was passed late Friday without amendments with 19 votes for and 11 against.

The bill has been opposed by the main opposition United National Congress (UNC).

Foreign and CARICOM Affairs Minister Dr Amery Browne said he found no merit in the opposition's arguments to stop the bill.

“We are CARICOM,” he said, adding that the country benefited when Caribbean countries donated COVID-19 vaccine.

Browne went on to question why the UNC would want to stop their constituents who were skilled workers to benefit from working in the region.

He said the bill would allow for regional food security, which is something that all parliamentarians across the region should be grateful for.

He claimed the opposition was “opposing for opposing sake” since it criticised the economy yet claimed that there would be a tsunami of workers flooding the country if the law was passed.

“What I was hearing today is alien to our region. What the bill does will facilitate the orderly, lawful, controlled movement of skilled workers,” he said as he invited the opposition to “join CARICOM.”

Browne said the internal moving of Caribbean people was part of his lineage with his great-grandfather coming from Guyana and marrying a Vincentian woman.

Meanwhile, ahead of the passage of the bill Prime Minister Dr Keith Rowley criticised the UNC for “consistently taking actions to undermine Trinidad and Tobago and CARICOM, in and out of government.”

He described an earlier contribution by the Member of Parliament from Naparima Rodney Charles as a xenophobic presentation that sickened him to the core.

According to Rowley, Charles's statements mirrored those made in 1961 by then Jamaica Prime Minister Sir Alexander Bustamante which led to the collapse of the West Indian Federation.

“It went into all the things that would happen to Jamaica when all these (Caribbean) islanders descended upon Jamaica and Jamaica would have to find place and space for them. History has a way of repeating itself.”

He added that Charles' claims also reflected the actions of former UNC and UNC-led administrations which resulted in the Caribbean Court of Justice (CCJ) not being Trinidad's final appellate court and the country almost being left out of the CARICOM Single Market and Economy (CSME).

Rowley also recalled the UNC's initial refusal to support the CCJ as Trinidad's final appeal court because there was no judge of East Indian descent on the panel.

“The UNC has been consistent in letting down the people of TT on matters of great importance.”

Rowley charged that if Charles' claims reflected the UNC's position, “We may as well count CARICOM goodbye.”

Browne appealed to the UNC to have belief in the Trinidadian people and support the principles of regional integration.

“Is that too much to ask? Time will tell.”