One dead after US Coast Guard, boat collide in Puerto Rico 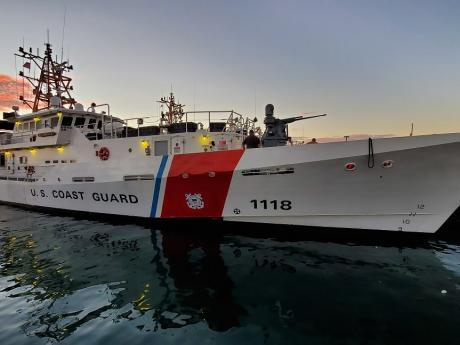 The accident occurred in the early afternoon near the north coastal town of Dorado, according to a US Coast Guard statement. - AP photo.

The accident occurred in the early afternoon near the north coastal town of Dorado, according to a US Coast Guard statement.

The agency identified the dead fisherman as Carlos Rosario and said his brother, Samuel Rosario, was injured.

The two were aboard a 23-foot commercial fishing vessel called Desakata, while the US Coast Guard was travelling in a 154-foot fast-response cutter, officials said.

Captain José Díaz, commander of the Coast Guard Sector San Juan, said a thorough investigation by the National Transportation Safety Board is under way to determine what caused the collision and how to prevent similar incidents in the future.

“We sincerely mourn the passing of Carlos Rosario,” he said.

“We send our most heartfelt condolences to his family, friends and loved ones, and pray they find strength during this most difficult time.”