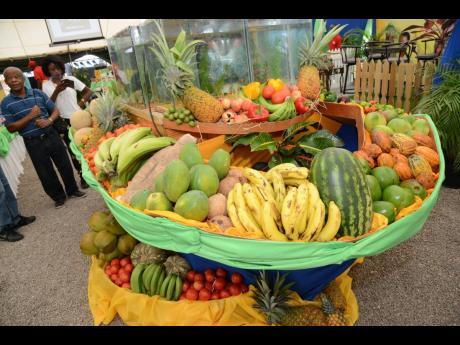 The survey reflects the situation of over 6,300 households across 22 countries and territories. -File photo.

GEORGETOWN, Guyana, CMC – The number of people facing moderate to severe levels of food insecurity in the English-speaking Caribbean has risen to 4.1 million or 57 per cent of the population.

This is according to the latest report of the Fifth Round of the Caribbean Community (CARICOM) Food Security and Livelihoods Survey.

The survey was conducted by CARICOM and the United Nations World Food Programme (WFP) with the support of the European Union and the United States Agency for International Development (USAID), Bureau of Humanitarian Assistance.

Administered in July and August this year, the survey reflects the situation of over 6,300 households across 22 countries and territories.

“The survey results…along with the realities highlighted simply cement the need for the region to reinvigorate its efforts and engage in new solutions to help vulnerable groups and those living in poverty within the region.

“It emphasises the necessity for further urgent collective action and support in addressing regional food and nutrition security. It highlights the need to increase the production of what we eat and facilitate intraregional trade,” said CARICOM Assistant Secretary-General, Joseph Cox.

He said that the results reveal, for the first time in five surveys over two years, that respondents' top concerns were over being able to meet basic food needs (48 per cent), followed by meeting essential needs (48 per cent) and unemployment (36 per cent).

“Major market supply disruptions of key inputs into production such as fertilisers and fuel drove up local food prices. The spikes have deteriorated food and consumption diets and destabilised and impacted the access, availability and utilisation of food.”

Based on the survey results, it is estimated that 4.1 million people out of 7.1 million (57 per cent) in the English-speaking Caribbean are food insecure with Cox noting “this is a dramatic increase of 1.3 million since February 2022”.

The survey also notes that on average, food inflation in the English and Dutch-speaking Caribbean has risen by 10.2 per cent across 20 countries as of March this year.

While the UN Food and Agriculture Organization (FAO) reported in its latest World Food Price Index that food prices for five commodities, cereals, vegetable oil, dairy, meat and sugar, have fallen for a fifth consecutive month, they still remain nearly eight per cent higher than a year ago.

Moreover, the high cost of fuel prices associated with the transportation of food items and inputs are exacerbating the food price crisis.