If dead men could tell tales 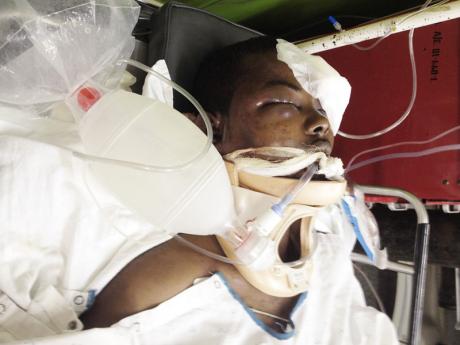 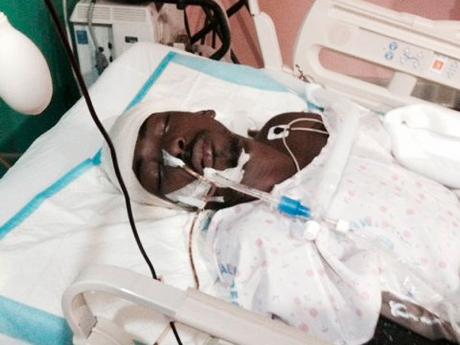 Mario Deane, a 31-year-old construction worker, is dead. He did not die of natural or accidental causes. He died while a 'guest' of the Jamaica Constabulary Force's (JCF) Barnett Street Police Station. Mr Deane joins the long and growing list of those Jamaicans who, for whatever offence that led to their being in custody, are the victims of a police execution mentality.

The guards heard nothing. Right. The other prisoners were in custody with implements capable of inflicting that kind of beating. Deane suffered injuries that proved fatal. The JCF, from the High Command to the lowest officer, who have had anything to do with this murder, is lying.

The police continue to kill citizens who are in their custody. Recall Kamoza Clarke at Falmouth. He fell from a 'bench'. So they say. Camera footage at Falmouth Police Station showed officers beating Mr Clarke. Five police personnel have been charged. Strangely, the senior officers on duty at the time have not been charged with conspiracy to murder. Why not? Until we charge the 'high command' with these crimes, it will be a snowy day in Jamaica before atrocities of this kind will end.

By the way, Mr Deane had no prior run-in with law enforcement. Mr Clarke was mentally challenged. Mr Deane died for possession of a ganja spliff.

The police have a duty to secure the rights of all persons they take into custody. When a citizen is apprehended and placed into police custody, he/she is in the control, care and secured in the custody of the police. There are international standards. In 2006, the United Nations Office on Drugs and Crime published a document titled The Integrity and Accountability of the Police. It states, in part, with regard to prisoner treatment: "There should be minimum standards in place for the treatment of prisoners held in police custody. Such minimum standards MUST (my emphasis), however, have been put into practice. Where minimum standards are not in place, mistreatment and abuse of prisoners will be much easier to hide."

JCF standards for treatment of the detained

Does the JCF have defined, written minimum standards for the treatment of persons held in police custody? If the answer is affirmative, when were they promulgated to police personnel? If the answer is in the negative, would it not be proper to accuse the High Command of the JCF and the Ministry of National Security with dereliction of duty and in the crimes which have been attributed to the police?

If one is to be guided by the recent history of the JCF and persons placed into custody, there is much to fear. Kamoza Clarke and Mario Deane are dead. Dead men tell no tales. The police live. The culpable walk free. The 'squaddie' mentality kicks in. The police protect their own, yet they seek our trust. The police say they want our cooperation, yet they randomly serve as executioners.

If Kamoza Clarke and Mario Deane are but the most recent manifestations of police interaction with citizens, who will be next? Is it that as a cornered people we must adopt the fight-or-flight stance? I know what my choice would be. What's yours? I will opt to make contact with US Senator Leahy. That may result in getting some action on this despicable state of affairs.

The 52nd anniversary of our Independence has been observed, yet I did not detect any exuberance around the land. The population seemed to be indifferent. As an indicator of this malaise, we engaged in discussion as to whether the new highway was truly a gift, whether individuals who contributed got enough 'big-ups'. Was the spend of J$57 million a good deal for the Grand Gala?

Editor's note: Two inmates have been charged with the beating death of Mario Deane.