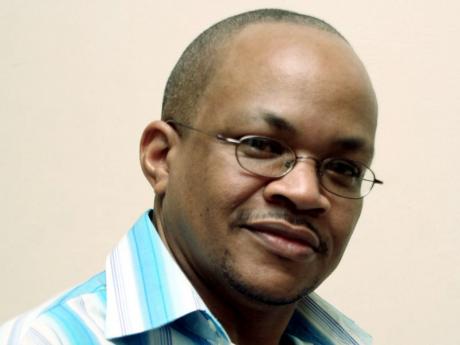 I am absolutely fascinated by Americans and their obsession with guns. Every now and again, there is some widely publicised horrific fatal shooting incident, followed by calls for gun control, which are in turn followed by the proverbial middle finger from the NRA (National Rifle Association) quoting the Second Amendment and defending the right of citizens to keep and bear arms.

But last week, I came across one of the most bizarre stories of all. A nine-year-old girl, a fourth-grader, on vacation with her family in Arizona, accidentally killed a shooting instructor with an Uzi on a shooting range. As a parent, this totally weirded me out, because when my family goes on vacation, the only things that my kids shoot are pictures, and even that is dangerous, as my two-year-old son loves to throw stuff, including the camera itself.

For those of you who, like me, are unfamiliar with guns and cannot tell a glue gun from an M-16, kindly allow me to break it down for you. An Uzi is a fully automatic firearm. Automatic firearms continuously fire rounds as long as the trigger is pressed and held and there is ammunition in the magazine or chamber.

Uzis fire 600-650 rounds per minute, which, if you do the math, works out to 10 bullets per second. Uzis are large (weigh almost eight pounds) and powerful (muzzle velocity 400m/s) and deliver a heck of a kickback (backward momentum of the gun when discharged) and were developed by the Israeli army for use in war. To kill people. That's it. A death machine.
Those parents who facilitated this and stood by and watched must be the most irresponsible parents in the country. Well, almost. Actually, in Massachusetts, in 2008, an eight-year-old boy shot himself fatally in the head with an Uzi while being 'supervised' by his father at a gun show.

Tha manager of the shooting range where the latest incident took place told the BBC that the criterion for being able to shoot an Uzi is eight years old, or five years old for a kid firing .22 rifles. Actually, 30 states in America do not prohibit children from using rifles. Following this latest tragedy, the NRA tweeted about new ways children could “have fun” at shooting ranges.

But kids and others have been “having fun” shooting up schools and other places in America for some time now. Recall the Columbine High School (15 fatalities), Virginia Tech (33 dead) and Sandy Hook Elementary School (28 killed) massacres. The NRA just doesn't get it. They actually support expanding the 'Stand Your Ground' law, which allows legal firearm holders to shoot unarmed civilians who they consider to be a threat. In Florida alone, at least 26 children and teens, and 134 persons in all, have been killed since the law was instituted. The NRA has also blocked research by the Centers for Disease Control and Prevention into gun violence and has worked assiduously to restrict funding directed towards such purposes.

Gun laws in America are way too lax. For example, under federal law, a person has to be at least 21 years of age before they can buy a handgun, but only 18 before they can buy a long gun like a hunting rifle. Also, firearms can be legally purchased at gun shows without background checks being performed.

Following the Sandy Hook tragedy, President Obama proposed changes to the country's gun-control laws, including universal background checks for all gun buyers and a ban on ‘military-style’ assault weapons. Seems reasonable to me. The way things are in America right now, you can walk into Walmart and buy a pack of gum, a newspaper, a pen and an AK-47. I have no idea why ordinary citizens would want to buy these instruments of murder and mayhem. They were made for war, not hunting or self-defence. I know that Putin is a madman, but I don't see the Russian army "coming to a town near you" anytime soon.

As usual, the NRA was quick to 'shoot down' President Obama's suggestions, stating that "only honest, law-abiding gun owners will be affected and our children will remain vulnerable to the inevitability of more tragedy". Tell that to the families of the victims at Columbine, Virginia Tech and Sandy Hook. Let's see what will unfold after this latest Uzi doozy.
Michael Abrahams is a gynaecologist and obstetrician, comedian and poet.