Blogging for money and more - Is the Fourth Estate selling out? 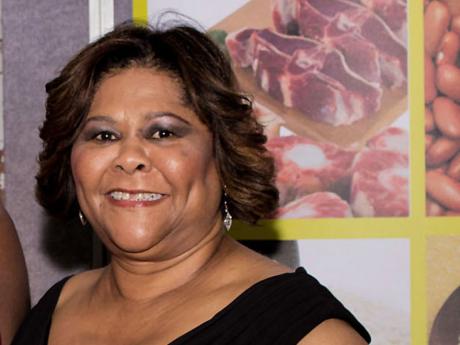 For several reasons, the newspaper ad surprised me. First, it was placed by a journalist advertising himself and his skills, in particular his blog. I've never seen that before. Second, this journalist wrote/writes weekly for the competing newspaper in which the fairly large-size ad was placed. Third, the ad made clear that this journalist was not just promoting his website/blog site, but that he was open for business (my words) and was soliciting advertising support.

Here was new media advertising via old media. More important, here was a journalist advertising his work for advertising support. Was this a case of a member of the revered Fourth Estate, the press/media, selling out to advertisers/capitalist interests? I'll return to this point.

I've never seen a blogger advertise in this way via traditional media. Bloggers usually are much more subtle than that. If they write for newspapers (online or hard copy), the address of their blog site may appear at the end of their article. Bloggers tend to be prolific on social media and use these avenues to promote their writings/postings. They post links to their blogs, sometimes mentioning (@mention) a few or more selected persons who they believe will retweet (via Twitter) or share (via Facebook).

Michael Abrahams, a newspaper columnist and blogger but also a gynaecologist and stand-up humorist, is perhaps the most aggressive local blogger I know in terms of promoting his blog posts. Like the above-mentioned male journalist, Abrahams surprised me when he first arrived on Twitter. He would mercilessly @mention many of us with each new blog post. Then, too, he would ambush my Facebook account and post on my wall. I didn't/don't mind because Abrahams is a good and often controversial writer. His recent post about the Bible and women is particularly insightful.

Women from Venus, Men from Mars

In probing, it seems, though, that males and females may be really different when it comes to cashing in from blogs. Men seem more willing/eager to monetise their online offerings. Young male blogger, Corve DaCosta, talking via Twitter, seemed to bemoan the lack of advertising support for bloggers. He comes across as eager to make money from his Daily Veritas and believes bloggers will benefit when local brands include online advertising in their spend. Then we have this seasoned journalist, highlighted earlier, someone at retirement age, taking the bull by the horns and actually advertising his blog and its availability as a medium for advertising support. Perhaps he sees this as a possible retirement revenue stream.

Female bloggers seem less driven by money and more by maintaining control and integrity of their blog sphere. Annie Paul was clear that through her 'Active Voice' blog, she wants to "preserve the freedom and ability to criticise whomever I want". Offers from advertisers have not yet swayed her. Furthermore, she hates "visiting blogs where you have to negotiate all sorts of intrusive, blinking flashing ads".

Jean Lowrie-Chin (@souldancing), another avid female blogger, decided against monetising her blog because ads "tend to be intrusive". She was turned off what she sees as "inappropriate ads just popping up in the middle of posts".

Throwing it out to tweeps in vox pop style, the views about a journalist monetising his/her blog came back mixed, but mostly against it. @kellyKatharin "would prefer to feel that journalists are rendering an unencumbered opinion". @HighWindJa responded that she was "not understanding why it is an issue", indicating that "journalists produce content for a living and do ad hoc jobs like speechwriting". @BigFren said she couldn't "help but wonder about paying piper calling tune". She obviously was not in support of journalists soliciting advertising support for their blogs. @KellieMagnus agreed with both KellyKatharin and BigFren.

@BigBlackBarry, known for his sarcasm and calling it like it is, indicated that whether writings were via blogs or for newspapers, there would always be the question of "integrity of content". Herein lies the challenge for journalists and other media workers: to uphold the concept of a 'free press' devoted to the defence of the people and not 'in the pocket' of advertisers. They say the voice of the people is the voice of God.

While some female bloggers may not be cashing in, like the men, they nevertheless derive numerous non-financial benefits from this intellectual activity. Ace journalist and newly appointed president of the Press Association of Jamaica, Dionne Jackson-Miller (@DJMillerJa), explained over a series of tweets that her blog was never aimed at direct financial gain through advertising; rather, it serves as an avenue for future projects like book-writing and for building her brand. Inveterate blogger Emma Lewis (@Petchary) and Annie both spoke extensively via email about the benefits they've derived from blogging.

From all accounts then, it seems blogging is an activity from which persons can derive significant benefits - financial and non-financial. Many journalists die broke. Perhaps blogging and working to monetise this is an avenue that more of them should explore. Perhaps objectivity is at best a chimera and at worst a myth, and content creators such as journalists should be allowed to earn from their intellectual capital. So, go ahead, journalists advertise your blog, but know that there will be sceptics.