More than the Queen, Mr Farrakhan 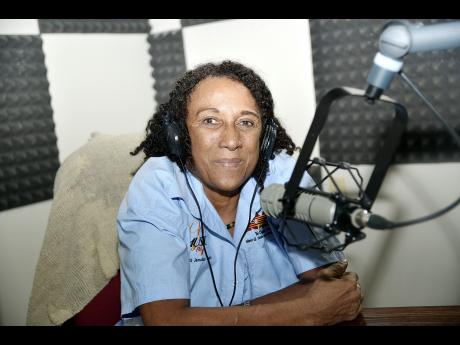 I have always been mesmerised by Minister Louis Farrakhan, who I consider one of the greatest orators/debaters of our time, although I could never endorse his religion, which treats women as second-class citizens. But that?s another matter.

Last weekend at the Million Man March, Minister Farrakhan did not disappoint, despite having reached the grand old age of 81.

For a man of his depth, however, I was disappointed in how he allowed himself to be influenced by cheap local rhetoric centred on our maintaining the status quo as regards the queen of England.

While I support the removal of the British queen and her expensive representative in Jamaica, we need to go much further to make governance more relevant to our needs, now that we are supposedly independent.

For to get rid of the Queen while holding for dear life to the remnants of colonialism such as the army, the British-devised local government system, CARICOM (the federation of the former British colonies by the back door) and the allowing of Commonwealth citizens becoming members of parliament in Jamaica, while banning those who are American citizens, is in no way progressive or independent.

Take the local government system as bequeathed by our former colonial masters. Who does it benefit? In my book, only the JLP and PNP, which get the benefit of having their grassroots campaigners financed by taxpayers to the tune of some $4 billion per year.

Jamaica, with its small population, certainly does not need 15 governments and 15 time-wasting bureaucracies (14 local government and one central government), thus using much of our resources to pay politicians, consultants and bureaucrats, leaving very little resources to build communities.

We should have moved long ago to the concept of three county councils, as proposed decades ago after intensive study, plus local government agencies for the two cities. How much more practical would six governments be for a population of 2.7 million, as opposed to the 15 we now have?

holding on to colonialism

Then, take the army. The British needed a full-fledged army to protect their empire in the Caribbean, but where is our empire? (They successfully samfied some colonial-minded politicians into accepting the concept of federation to keep the colonies together and we are still holding on to it for dear life via the body called CARICOM)!

We need to restructure the army to serve the interests of the Jamaican people, not to preserve an empire. So what we need is a good coastguard to protect our shores, an efficient engineering corps, and an air wing, and redirect the billions we are wasting on the infantry that will not even use a couple paintbrushes and hammers to fix up the historical site at Newcastle which they occupy.

Instead, the members of the infantry should be invited to join the police force so they can be trained to serve and protect the people of this nation, not treat us as enemies to be to be cut down, which is what soldiers are taught to do.

Then there is this nonsense where members of the Commonwealth, including Pakistani Muslims, can serve in our Parliament and even become prime ministers after residing here for a year, while Jamaicans who migrate to the US and have gained experience and valuable education are deterred, is absolute madness.

Yes, Minister Farrakhan, by all means, let?s get rid of the Queen, her heirs and successors and all she represents, but we need far more than superficial tinkering if we are interested in becoming really independent and determined to build this great country into a place where we can live as a proud people.

n Joan Williams is a realtor and talk-show host on Power 106 FM. Email feedback to columns@gleanerjm.com and gratestj@gmail.com.