Jamaica and the diaspora: Working together as one 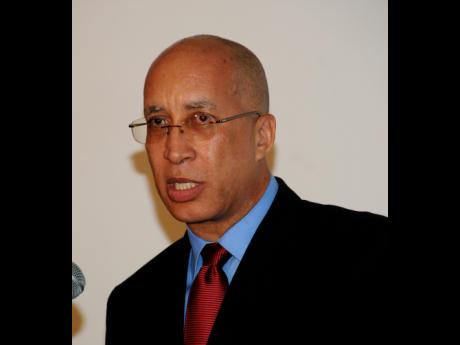 In recent times, the word 'diaspora' has become one of self-identification among many varied groups who migrated or whose forebears migrated from one place to another.

The Jamaican diaspora must be seen in this context. It refers to persons who migrated from Jamaica as well as second- and third-generation progeny born in the countries to which their parents and fore-parents migrated.

The maintenance of a Jamaican identity, values and culture is a necessary condition for a person to be included in the Jamaican diaspora. The only thing which separates them from Jamaicans in Jamaica is geography, but for all intent and purpose, they are all one.

To date, no one knows exactly how many Jamaicans make up the Jamaican diaspora. Estimates vary from 3.7 million to five million. The precise number must be determined. This will help to define the policies and programmes to be pursued by the Government, or any other entity, in order to meaningfully address the concerns of this segment of the population.

The significance of the diaspora is not only due to its size, but also the increasingly important role that members are playing in national development. This is manifested, for example, in the increased role being played by remittances and the millions of dollars being mobilised for investment purposes in Jamaica.

On the basis of net receipts which remain in Jamaica, remittances exceed the total of the island's top 10 foreign exchange earners, which are bauxite/alumina, tourism, sugar, coffee, rum, bananas, apparel, cocoa, pimento and yams.

Numerous charitable initiatives are undertaken every year by groups of Jamaican nationals to help relieve pressing social needs in Jamaica.

We should also recognise the part played by the 'barrel phenomenon', particularly before schools reopen each September and before Christmas.

Not to be forgotten is the overwhelming support given to members of the country's sport teams, musical fraternity and other creative industries when they perform abroad.

While acknowledging the importance of the Jamaican diaspora, regrettably, many persons in the Jamaican overseas community are of the view that they are remembered only when there is a crisis and the country is in need of assistance. Everything must be done to change this perception.

From as far back as 1962, the year of our Independence, efforts have been made to encourage a systematic and coordinated approach to the relationship with the Jamaican diaspora.

In an effort to structurally strengthen the relationship, in 1998, the Government established the Jamaican Overseas Department (JOD) in the Ministry of Foreign Affairs and Foreign Trade.

The introduction of the JOD upgraded what was then a Returning Residents Facilitation Unit, which had come into being as a result of a ministry paper laid in Parliament on January 12, 1993 by the then prime minister.

Between 2002 and 2007, to strengthen the relations between the Jamaican diaspora and Jamaica, a number of initiatives were introduced and all the programmes have continued, to varying degrees, since then.

In order to fully succeed, the mapping project introduced recently, aimed at getting a better understanding of the real size and demographics of Jamaicans making up the Jamaican diaspora, will have to overcome two main challenges - being able to access data on the large number of Jamaicans who remain undocumented and getting those who are documented to release relevant personal information.

The primary objective, however, of all the programmes introduced over the years, is to encourage and facilitate a more systematic and coordinated approach to the relationship between Jamaica and its overseas communities.

The experiences of the past have proven that without the establishment of workable organisational linkages, the strengthening and deepening of the ties necessary to achieve a greater and more coordinated, mutually beneficial working relationship will not materialise.

While much has been achieved since the first diaspora conference in 2004, there is still a long way to go.

The scope of work required to advance the Jamaican diasporic movement needs more than just a small department in the Ministry of Foreign Affairs and Foreign Trade to coordinate matters relating to the diaspora.

It was for this reason that the Diaspora Institute was established. The Institute, which was meant to be temporarily housed at the University of the West Indies, needs to develop the capacity and the ability to ease the burden of the State in the drive to create a seamless Jamaican transnational society.

In an increasingly dynamic world in which Jamaica, as a small developing nation, has been seeking to find all the necessary tools to leverage national development, Jamaicans in the diaspora must become fully integrated in this effort.

The Jamaica Diaspora Conference is one way of creating that dynamic. The conference is also an occasion to more comprehensively involve overseas Jamaicans in the economic, political, social and cultural life in Jamaica.

Finally, it also allows for the necessary, reciprocal interaction to take place and for practical and implementable proposals and recommendations to be made.

Such proposals will help to guide the relevant stakeholders in Jamaica to craft policies and programmes aimed at further strengthening the relationship between Jamaicans at home and abroad.

- Delano Franklyn is an attorney-at-law and former minister of state with responsibility for the Jamaican diaspora.