Same-sex ruling - anything for the islands? 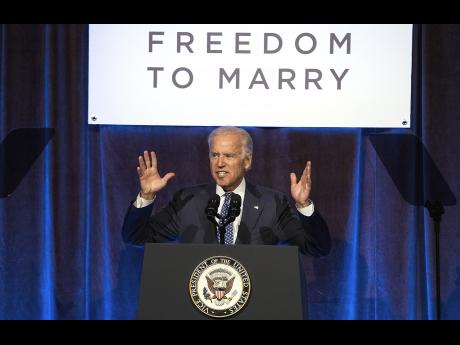 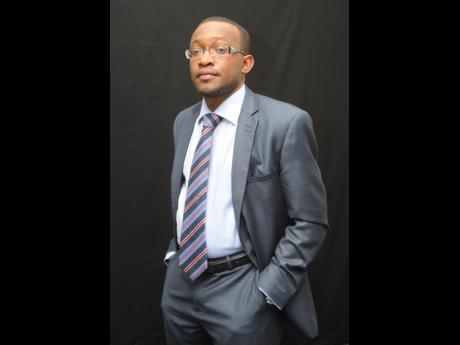 The last time the nine justices of the US Supreme Court attracted the world's attention, one member of the Bush family was seeking to become the president of the United States of America. This time around, the Supreme Court, with a five-four majority decision, has caught the attention of a large section of the world, and another son from the Bush clan is seeking a four-year ride aboard Air Force One.

There ends the similarities, as the court's decision in Obergefell v Hodges is set to affect the global jurisprudence on the question of same-sex marriage in a manner which I seriously doubt the court itself appreciates fully, which is what Justice Alito has inferred in his dissenting opinion.

For the conservative governments in the Commonwealth Caribbean, with their dependence on tourism from their major trading partner, it cannot be an easy time, as there is something about this decision which I think is epoch making, even if we do not agree with the majority view.

We must remind ourselves that unlike the Jamaican State structure, which has one body of national law, the framers of the American constitution created a system of both federal and state laws, with locally elected lawmakers having the power to enact legislation for each state. At the other level, the national legislature makes federal laws. The US Supreme Court sits at the apex of the judicial system, and so it hears appeals from the courts of appeal for the relevant circuit.

The petitioners in this case hailed from several states, but one of the central issues that was placed before the Supreme Court was whether or not local state laws, by denying same-sex couples the right to marry, were in breach of the Fourteenth Amendment of the American constitution. The second issue was whether state officials were in breach of the Fourteenth Amendment when they fail to recognise same-sex marriage lawfully entered into by the persons who reside in a state where same-sex marriages are lawful, as was the case in Maryland.

The due-process clause of the Fourteenth Amendment (ratified in 1868), in essence, confers on persons within the USA the right not to be deprived of life, liberty or property without the law authorising such deprivation. The Equal Protection Clause, as the name suggests, places an obligation on all states to give everyone within its jurisdiction equal protection under the law. Armed with the provision of the amendment, the majority, led by Justice Kennedy, concluded that the actions of states were in breach of the equal-protection and due-process clause.

We in the Caribbean must be compelled to ask, what does this means for us? At first blush, we should recall that same-sex marriage is precluded by Section 18 of the Charter of Fundamental Rights, where it is made clear that the more traditional union is what constitutes a marriage. Of course, the framers of the amendment to the Jamaican Constitution have put any challenge to the definition of marriage beyond the reach of any court by stating that the definition is not susceptible to a constitutional challenge. In other words, at least to some, closing the door of the Jamaican court to a section of its population.

Jamaica is nowhere close to America, as it needs to do what has been done in Mozambique by abolishing the buggery law, which was done away with in America decades ago. This will not be an easy process, but something tells me that I am not alone in thinking that the debate is gathering momentum, but I am concerned that it is only being led by fundamentalist Christians and members of the LGBT community. Equality of all before the law and the right to privacy are rights guaranteed to all by the common law, even if our Constitution excludes some groups.

We note that the first reason advanced for the majority's decision is that, according to the justices, there is a direct connection between the principle of personal autonomy/liberty and marriage. In other words, marriage is an act of personal liberty, and those who choose to get married are exercising a personal choice. In constructing that argument, the court relied on a 1967 decision that declared the prohibition on interracial marriages as being unconstitutional. Justice Clarence Thomas, in his dissenting view, and I would say with some intellectual force, was resistant to this "plausible definition" of liberty as construed by the majority. To Justice Thomas, a classical understanding of liberty denotes freedom from governmental action and the petitioners who are free to enter relationships, hold civil marriage ceremonies in some states and private religious ceremonies in all states, cannot say that their liberty is being constrained.

For Justice Thomas, it is not liberty that is being infringed or interfered with, but rather those who are affected by the laws, are seeking to contend that they should receive government entitlements. He is affronted by this, as he reminds us that "... receiving governmental recognition and benefits has nothing to do with any understanding of liberty that the framers should have recognised."

While many have found Justice Thomas's argument on the entitlement issue appealing, there is a flaw. A person who is constrained to stay in his/her state to enjoy the benefits of the union of marriage does have a state-sponsored fetter on the marriage and thus his/her liberty - if we are to use that term in its classical sense.

Space does not permit a discussion of all four factors, but the third reason offered by the majority is that marriage offers stability and predictability to the children of the union. These positive attributes of the institution should not be excluded to the children of those persons who are in same-sex unions. To exclude these same-sex couples from marriage would conflict with the due-process clause, as the right to marry, to establish a home and bring up children are central to that clause. Why should the children of same-sex couples live with the stigma of knowing somehow that their 'family', by virtue of the law, are treated any less?

Chief Justice Roberts, in his dissent, offers what, in my view, is an effective response to the majority. In essence, to the chief justice, the alleged stigma suffered by the children whose parents are in a same-sex union is in no way different from that which would have been experienced by children whose parents are in polygamous relationships. So why not then, he posits, sanction polygamous relationships with the badge of marriage. This point exposes the brittle foundation of the third point on which the majority rest their argument in a decision which has the potential of reverberating across the World.

Finally, the dissenters were concerned that five justices were, in effect, usurping the legislative role of the state legislatures, especially on a subject which is in the exclusive purview of the state government.

Justice Scalia was scathing in his view, observing: "This is a naked judicial claim to legislative ... power." In the Caribbean constitutional construct, such an observation would be less likely to emanate from the Bench, as our inherited constitutions, at least comparatively, with their savings clauses, permit less judicial pretence to legislative legitimacy. A savings clause offers the gravest challenge to the progressive evolution of human rights in the Commonwealth Caribbean, and the appetite for real progress on equality issues, as evidenced by the retention of the savings clause approach in the charter, is somewhat missing from our Parliament. Change is now imperative and this is the lesson for us.