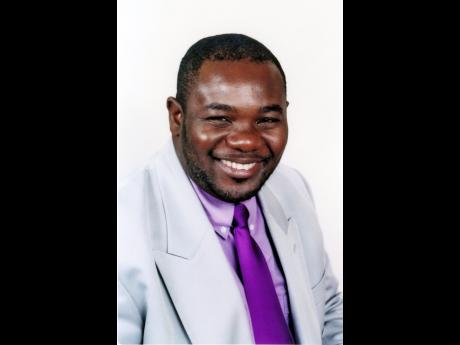 The awarding of the Silver Pen to Dujon Russell for the letter titled 'Cable watchdog negligence' (May 1, 2015) is a travesty.

This is how it actually works: The Broadcasting Commission enforces a licensing regime which requires cable licensees to enter into commercial arrangements for the channels they distribute, but the commission is not a party to those arrangements. If the commission finds that cable TV licensees are distributing programming for which there is no copyright authorisation, then the commission can and does take the necessary action, which can include cease and desist letters, recommendations for the suspension of licences, and issuing of directives for the removal of cable channels and blocking of programmes that infringe copyright. All of this is a matter of public record.

For more than two decades, various cable operators in the Caribbean have expressed an interest in doing business with the channel owners, but the owners are not usually interested; either because they see the market on each individual island as being far too small, or because they have no rights clearance beyond the territory of the United States (US).

This issue is complicated by the fact that for some channels, Caribbean authorisation is negotiated as part of the much larger Latin American market (this is why Jamaican viewers see some programming in Spanish).

There is no easy solution to this problem. The best solution might be a Berne Convention-based compulsory licensing regime, but this is cordially disliked by US copyright holders, so at present, there is no agreed framework for addressing the issues.

Despite this, the commission has worked tirelessly to try to find an acceptable commercial solution to the programming problem. For example, in 2007 and 2008, the commission wrote to the chairman of HBO proposing a resolution to access and copyright issues. In response, HBO advised in January 2008 that it had developed a 100 per cent English-language feed for the Caribbean, which would have addressed one of the main concerns.

At the same time, however, the Broadcasting Commission issued directives in September 2007 requiring all cable operators to remove unlicensed HBO and Cinemax channels. So the commission was ensuring that the rules were properly enforced, even as it was negotiating for changes to the rules that would have given a better outcome for Caribbean subscribers. This is the hallmark of a good, effective and responsible regulator.

HBO subsequently made arrangements for access to its content and issued a statement acknowledging the commission's consistent action in relation to copyright, which showed that the commission was right in both regards.

The notion that cable television subscribers are entitled to automatic refunds for channels removed (and for bills previously paid) is also nonsense. The channels in question are distributed to cable operators by intermediaries which are registered and legal entities operating in the United States of America and Canada. Cable operators pay those entities a monthly subscription fee. It is, therefore, simply not true that those channels are being offered in Jamaica at 'no cost' to cable companies.

The real issue is the legal basis on which those intermediaries claim the right to be offering access to channels where the channel owners claim that they have made no arrangements for their content to be available in the region. These are questions of law, and will eventually be properly resolved, but the Broadcasting Commission has taken the position that it should not ignore claims by channel owners, even though cable companies also claim that they have legitimate carriage arrangements.

The Broadcasting Commission continues to use a mix of regulatory action and quiet diplomacy to get all the relevant parties to find a way to work constructively and cooperatively together towards resolving these complex matters. They involve issues of business, trade and the law, so the parties involved in these negotiations include the Office of the Prime Minister, the Ministry of Foreign Affairs and Foreign Trade, the Jamaican Embassy in Washington, cable operators and rights holders.

The Broadcasting Commission has no intention of depriving Jamaicans of information and entertainment which is available in Jamaica's territorial space. To suggest such is mere foolish nonsense.

director of the Broadcasting Commission. Email feedback to columns@gleanerjm.com and ddobson@broadcom.org.