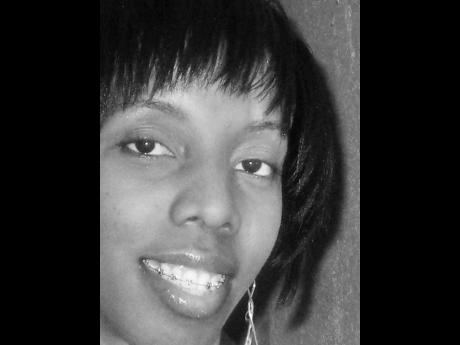 The Kingston Metropolitan Area's (KMA) present water woes may get worse for two reasons. First, it is predicted that climate change will result in the island's wet season becoming shorter and its dry season much longer. And second, the urban population currently stands at 584,627, and is growing at a rate of 2.3 per cent per annum. As a consequence, you will have more persons demanding access to an extremely limited water supply.

So how will the Government manage water resources in the KMA so as to sustainably and efficiently satisfy the water needs of the current and future urban population?

Rainwater harvesting can prove to be the cheapest, fastest and best means of supplying water reliably and efficiently to the KMA.

Second, rainwater harvesting is a much cheaper method of collecting and storing water. At the household and business levels, the roof of the building is used to collect the water, which is then distributed to low-cost storage tanks. This is in comparison to the other two methods, which require significant capital from the Government to both construct and maintain. For example, large amounts of capital is needed to build new dams/reservoirs and also for financing the drilling and exploration of new groundwater sources.

Additionally, distributing water from dams/reservoirs requires significant amounts of electricity for daily operation. Power is also needed to pump water from groundwater sources, especially if the water is located in deep aquifers.

Third, allowing the consumer to both manage and bear the full cost of water supply shifts the cost of providing water from the Government to the individual consumer. Currently, most persons in the KMA are not paying the full economic cost of being supplied with water. This is done for both political as well as human-rights reasons.

The Government has adopted the position that water is a right and no one should be denied access. Therefore, the National Water Commission (NWC) rarely cuts off water supply when customers are in arrears and earmarks a certain percentage of water distributed as 'social water', i.e., water supplied at no charge. It is not surprising, therefore, that the NWC fails to generate any revenue for 60 per cent of the water it distributes.

There are a number of things the Government will have to account for before implementing a policy for rainwater harvesting in the KMA. The first is creating the right regulatory environment. This will entail: (1) regulating the construction of rainwater facilities and water quality; (2) making it mandatory for current and new buildings to have rainwater-harvesting facilities; (3) getting government buildings, such as schools and hospitals, to lead the way in adopting the technology to supplement regular water from the NWC during the dry season and natural disasters; and (4) mandating the size of storage tanks that will guarantee reliable water supply during the dry season.

The second consideration is the cost implications for certain households, landlords and future homebuyers. Some poorer households might be concerned with the cost of buying storage tanks and creating the eaves to distribute rainwater to tanks. Can the Government afford to provide subsidies to these households? Further, a large percentage of persons in the KMA live in rented homes or apartments. Proprietors might be reluctant to undertake the added cost of installing the materials for rainwater harvesting, if they cannot recoup the costs from rental charges.

And third, ensuring quality of water is of utmost importance. This can be achieved through the use of proper roofing material, since materials such as asbestos roofing can prove toxic. While most rainwater in Jamaica is of high quality, the urban nature of the KMA can lead to rainwater being polluted by toxic industrial chemicals and faecal bacteria from rodents and roaches. The probability of water contamination is, therefore, a factor to be considered.

- Anika Gray is an attorney-at-law and Master of Public Policy student at Blavatnik School of Government, University of Oxford. Email feedback to columns@gleanerjm.com and anika_gray@yahoo.co.uk.