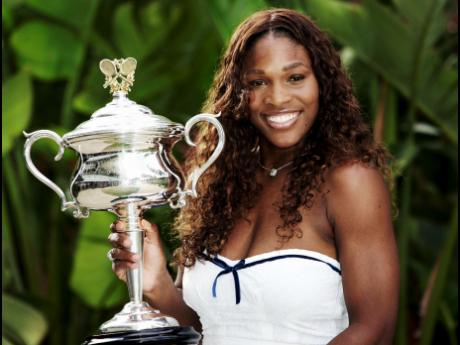 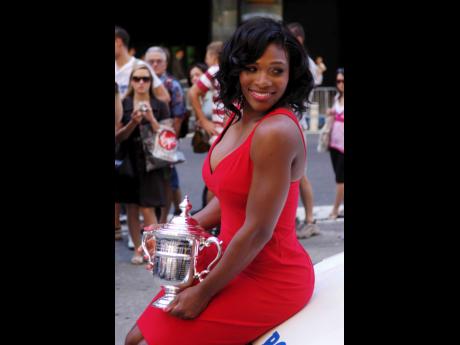 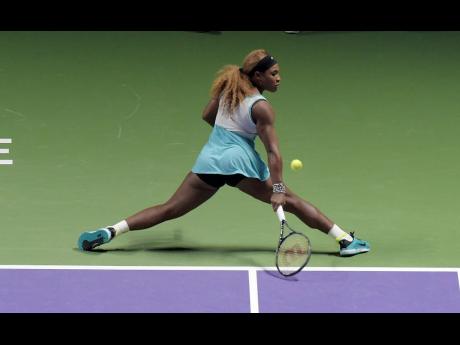 Serena Jameka Williams is one hell of a woman. Her list of ongoing achievements is mind-boggling.
She is currently ranked No. 1 in women’s singles tennis, achieving this status on six separate occasions over a 13-year period. She is also the reigning champion of the Australian Open, French Open, US Open, Wimbledon and the WTA Tour Championships, as well as Olympic women’s singles.
She currently holds the most major singles, doubles and mixed doubles titles combined among all active players of either gender, and her total of 21 Grand Slam titles is third only behind Margaret Court (24) and Steffi Graf (22). She is not only the most dominant player in women’s tennis, but also considered to be the most dominant player in the history of tennis, rivalled only by Roger Federer.
The road to success for Serena has been a rough and rocky climb. Tennis is considered by many to be an elitist sport, as the gear and equipment, access to courts, and coaching can cost a pretty penny.
Historically, the sport has largely been the domain of white folks, with just a smattering of melanin-endowed faces gracing the courts at prestigious events since the modern version of the game was developed in the late 1900s in Birmingham, England as ‘lawn tennis’.
Althea Gibson, an African American woman, was the first to break the colour barrier, winning Wimbledon and the US Open in 1957 and again in 1958. Evonne Goolagong Cawley, an Australian Aborigine, was also successful in the 1970s and ‘80s, while Arthur Ashe broke through for men of colour, winning the US Open in 1968.
However, it took almost half a century after Gibson’s Grand Slam victories for African American women to rise to prominence again in the sport, this time in the forms of Venus Williams and her younger sister, Serena. While Venus was the initial star, and has been very successful, it is Serena who has dominated, eclipsing her elder sibling’s stellar achievements.
But as Serena’s star rises to an extragalactic level, so do the crass, crude, derogatory, racist and misogynistic comments and barbs directed at her. No matter how hard you might try to ignore it, it is painfully obvious that as far as many are concerned, a black person just has no business dominating a sport, activity or profession that is considered to be the white man’s, or woman’s, domain.
And the venom is spewed from all quarters: spectators, social-media commentators, journalists, and even officials. During her appearances at various tournaments, many take to social media, especially Twitter, to comment, but not necessarily to celebrate her victories. One such gem: “Serena Williams looks like a gorilla, and sounds like a gorilla when she grunts while hitting the ball. In conclusion, she is a gorilla.”
During the 2001 BNP Paribas Open tournament in Indian Wells, California, Serena and Venus were mercilessly booed by fans who accused them of match-fixing when Venus withdrew from a scheduled semi-final match, and racial epithets were hurled at them and their father, prompting Serena to boycott the tournament until this year. At the 2007 Sony Ericsson Championship in Miami, a spectator was ejected from the stands after shouting at her, “That’s the way to do it! Hit the net like any Negro would!”
Some media practitioners have been just as unkind. In 2001, a sportscaster called Venus an “animal” and said she and Serena would fit better posing for National Geographic magazine than for Playboy.
More recently, a sports writer derided her for her “oversized backpack”, while a peer of his opined that she is “lugging around breasts that are registered to vote in a different US state from the rest of her”. Not to be left out, in 2014, while appearing on a late-night show, Russian Tennis Federation President Shamil Tarpischev referred to Venus and Serena as the "Williams brothers”. He was later fined for his remark and suspended for a year from all Women’s Tennis Association (WTA) activities.
Yes, Serena does have muscular upper limbs. So what? She competes in a sport where the ability to hit a ball very hard with a racquet is of utmost importance. She is also endowed with large breasts and prominent buttocks, but this should be of no relevance to a serious fan of the sport.
The unpleasant fact is that, for many people, a black person just has no business dominating a sport, activity or profession that is considered to be the white man’s, or woman’s, domain.
One is not compelled to be a fan of Serena Williams. One has a right to have issues with how she plays or with her outbursts in the past or with her fashion style or choice of weaves. But the racial, and gender, stereotypes regarding physique and behaviour that dominate discussions about her illustrate the fact that black women still sit at the bottom of the totem pole, and have to be extraordinarily talented to enjoy the respect that they deserve.
In a recent column in TIME, Serena wrote, "I was raised by my mom to love and forgive freely” and that "together we have a chance to write a different ending". All I can say is that I hope that this ends with Serena breaking all the records that she is on course to do. She deserves it.
Michael Abrahams is a gynaecologist and obstetrician, comedian and poet. Email feedback to columns@gleanerjm.com and michabe_1999@hotmail.com, or tweet @mikeyabrahams.